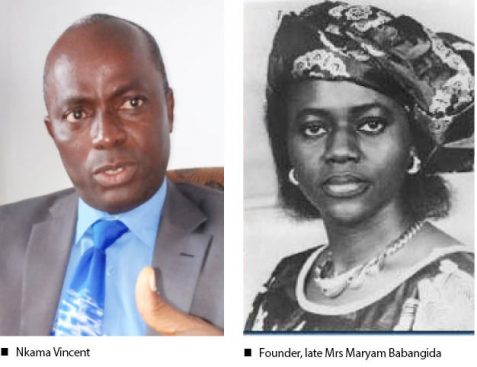 The principal of El-Amin International School, Minna, Niger State, Nkama Vincent, says the vision of the founder has been upheld and that departments in the new El-Amin University will be same as those in the best universities internationally.

Can you recall when you joined the school and what your experience was then?

The first thing that attracted me was the ambience and when I entered, I said to myself, this is a school indeed. Because most private schools are not structured like a learning environment; in this environment, users engage and interact to learn new skills. I found a convivial atmosphere and the security personnel were friendly to me on arrival and I felt that if given the opportunity, I would work with people that know what learning is all about. I understood how the system was stable after looking at the people that headed the school in it’s over 24 years of existence then.

I had an interview with the Executive Director, Dr Mohammed Babangida and the board members and I came out with the certainty that I was going to run an all-inclusive administration. So, I got the co-operation and support of the staff and made it known to them that I was not here as a slave master; rather, to help and consolidate the achievement they made in the past 24 years. This is because the school has made already made a name; it has produced students that were doing well in various facets of life.

You must have stumbled on something special in this school, compared to where you worked before. What is that?

I worked with schools in Lagos, Abuja and Anambra State and one thing outstanding here, is religious tolerance. Many schools claim to be secular, but you find people being treated unfairly or students complaining of not being allowed to practice their religions. But here, people are free to practice their different religions and tolerate each other.  This gives every child an idea about the rights of people and that translates to what happens in the lager society. We have a mosque for the Muslims and a chapel for the Christians and Christians sometimes remind Muslims about prayer times and vice versa.  Muslim students attend Islamiyya and Walimat.

Most of your students are rich kids or from the upper class. How do you handle disruptive behaviour?

To my surprise, they are the easiest to manage, but you must first of all, understand their psyche, and you will be in love with them and they will be in love with you.  Most teachers and schools don’t approach these children with the mindset that they are growing or at a certain stage of development, which we need to train. They look at them as children of ministers, governors and chief executive officers and by so doing, they remove a stage of development of the child. And if there is anything wrong, you hear them say, ‘is it because your father is this?’ As a teacher, you should not fight them. They were born into the family, which is their right. So, you need to show them direction and love and when you do that, they will bow. My approach is always on how to improve the lives of these children and that is what our teachers are doing.

Have you been in touch with your former students? How are they doing?

I visited some of them in Abuja and they are doing very well, though, I don’t want to name them. They don’t want their names to be on the website but they promised to be of great help to the school whenever their services are needed. They have their online platform on which they interact and those in the UK have been sending students to us and recommending us to parents. There are medical personnel, military officers and bank managers among then and there is joy everywhere we go.

Our policy is to keep tab on what our former students are doing, where they are and what successes they have attained and we used that as a challenge to those that are here. Some former students come to talk to the students and they are always exited. Some of them in the university told us they were in the first class lists and we advised them to maintain those positions. We are doing this because we want to have good leaders in this country.

Another reason for keeping in touch with our former students is to get new students because we have modern equipment. Our science laboratories are better than labs used by students in many universities. We have state-of-the-art facilities in every discipline including chemistry, biology and physics as well as in basic technology, carpentry, electrical, mechanical workshops and Visual Art Studio. The home economics and language labs are well equipped and we still have typing pool where we test the typing speed of students.

Our food and nutrition, students recently visited a one of the best hotels in Abuja and when they returned, they admitted that they were familiar with all the equipment the hotel was using. They also interacted with the best chefs. We have a good football pitch of standard size, lawn tennis court where the executive director plays daily, basketball court, volleyball court, table tennis room and a fully equipped gym.

We have two ICT labs with each having not less than 35 desktops accommodating 70 students at once apart from the tablets that the school purchased for them for their classes as part of the digital classroom system.  All these were the handiwork of the founder, late Hajiya Maryam Babangida.

Private schools hardly pay attention to teacher quality, in all probability, to save money. Do you have competent, licensed teachers?

All our teachers are graduates of the field of education; majority have master’s degrees while few are doing their PhD. I have over 25 years teaching experience and I started as a classroom teacher. It is mandatory on all our teachers to have certificates in education and those with PhD can move to our university in 2020. We have a Continuous Development Programme were we run in-house training for teachers in addition to our training institute. Teachers also attend overseas training and between February and March I will be in the US for a conference with a few teachers. We belong to several educational associations. We encourage teachers to do online programmes and during our annual appraisals we assess them as well as carry out classroom observation. There is what we call mentoring in which we ask teachers including the brightest to watch the methods of their colleagues in classrooms.

How has enrolment changed overtime?

In my over 25 years of teaching,  this is the first school that I see enrolment figure is strictly controlled, in other words, the founder said the students cannot exceed 300 even though, the carrying capacity is for 1,500 students. The founder doesn’t want rowdy classrooms but classrooms where teachers can identify individual students and know their weaknesses and assist them appropriately so the teacher-student ratio is 1:8. When I came, I told the executive director that the school was underutilized, but he said ‘we want to keep the vision of the founder alive.’

Would you say the passing away of the founder affected the school?

Honestly, I would give kudos to the founder over the way she brought up the executive director who is her first son; because one of the major problems in school administration is succession. The executive director is sound morally, academically, physically and emotionally and therefore very capable in running the school. When you engage him you will have a robust discussion and experience on the nitty-gritty of the administration of an institution such ads this. You can’t see any sign that the founder is no more.

What is your future plan?

El-Amin is a group consisting of nursery and primary schools, secondary schools and a university. El-Amin University is being constructed and would start running courses in 2020 just like the executive director recently announced at the Founder’s Day.  The planners visited top universities in the world such as Harvard, Oxford, London School of Economics and Yale to assess their academic programmes so in our new university, various faculties are modeled after different top ranked universities in the world.