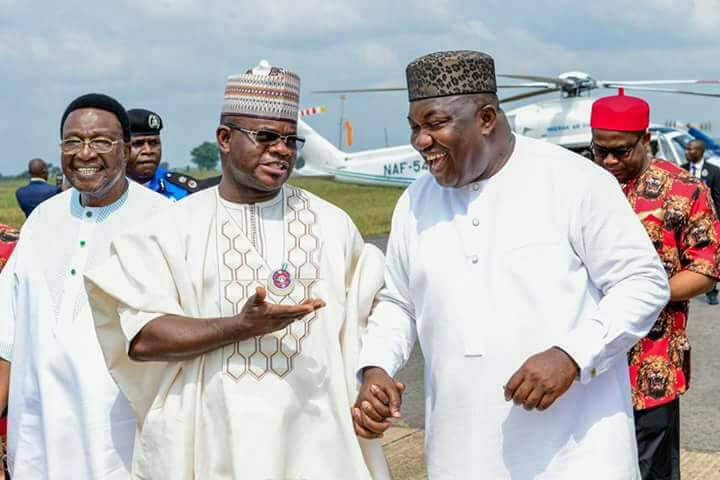 A second republic politician and Former Governor of the old Anambra State, Jim Nwobodo, in Enugu stated that he is saddened by the news of the death of Nigeria’s second republic Vice President, Alex Ekwueme.

Nwobodo who made this known in his tribute recalled that himself and the late former Vice President were key political players in the Second Republic.

His words, “We were both second republic politicians, he was then the Vice President of Nigeria under National Party of Nigeria NPN and I was governor of old Anambra State under Nigeria Peoples Party NPP.

“Even though we disagreed on issues of politics, we were friends at personal level to the extent that he and his wife, Beatrice, played important roles in our family life.

“Like in 1994, he led political leaders across party lines to our wedding, as chairman, and we had since then maintained good personal relationship in spite of our political differences” , Nwobodo maintained.

He described the late Ekwueme as a nationalist, courageous democrat, brilliant, a principled and complete gentleman, also recalling how Ekwueme championed the creation of six geo-political zones during the 1997 Constitutional Conference and led a group of 34 political leaders referred to as G-34 to confront the then military government when he felt that the military was over-staying in power.

“He was one of the founding fathers of the PDP and became the first national chairman of the party and later the chairman Board of Trustees, BoT” .

He regretted Ekwueme’s demise especially at a time the unity of Nigeria is threatened, at a time when his wealth of experience and wisdom as an elder is required to strengthen the unity of Nigeria. Pix shows, Senator Jim Nwobodo(left), with Governors Ifeanyi Ugwuanyi of Enugu State(right), and his counterpart from KOGI State, YAHAYA Bello@The Akanu Ibiam International Airport, Enugu, when@NGRPresident Muhammadu Buhari arrived, enroute Ebonyi State, for a 2-Day working visit to the South East, recently.

Osita chidoka under fire for saying he lost to superior monetary firepower.