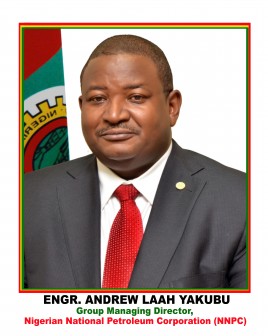 The Economic and Financial Crimes Commission, EFCC, has discovered the sum of $9.7million in the house of former Group Managing Director of the Nigerian National Petroleum Corporation, NNPC, Andrew Yakubu.

The amount is about N3billion in current official exchange rate of N305 to $1.

On June 20, 2016, the anti-graft commission arraigned Mr. Yakubu alongside business man, Jide Omokore, before Justice Binta Nyako of the Federal High Court, Abuja on a four-count charge of money laundering.

Mr. Yakubu was the GMD of the NNPC between 2012 and 2014 when Atlantic Energy lifted oil without remitting the amount of money due to the federal government.

The same Atlantic Energy was also awarded controlling stakes in two lucrative oil blocks, OML 30 and 34, for about $50 million each – barely a year after the incorporation of the company.

Mr. Yakubu was released on July 4, 2016 when Justice Nyako granted him a N50million bail.

But acting on a tip-off, operatives of the EFCC stormed Mr. Yakubu’s Sabuwan Tasha residence in Kaduna on Friday and searched all the rooms.

Although the former NNPC boss was not in the house during the raid, the operatives met his younger brother residing in the house.

During the search, inside sources told Daily Nigerian, a giant safe was found.

“When the man was asked to provide the key to the safe, he said it was not on him. So we had no option but to haul the safe into our van to our office,” said a competent source.

Although the spokesman of the EFCC, Wilson Uwajaren, said he was unaware of the discovery, insiders said the sum of $9.7 million dollars was counted when the safe was ripped open by locksmiths.

Mr. Yakubu neither responded to Daily Nigerian call nor replied a text message sent to him seeking a reaction.