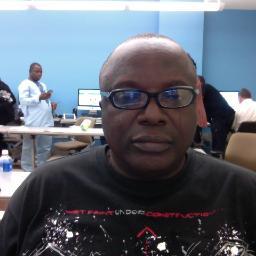 Deji Elumoye, the immediate past Chairman of the Nigeria Union of Journalists (NUJ), Lagos Council, has been detained by the Economic and Financial Crimes Commission (EFCC) over an alleged N1.6billion Journalists Estate fraud.

NewsmakersNG learnt from EFCC sources that Elumoye would remain their guests until he perfects his bail conditions because he has a case to answer concerning the NUJ Mowe (Abaren) Pen-Jewel Estate project.

EFCC spokesman, Wilson Uwujaren said that bail would be granted if the detainee provides a guarantor “that is a Senior Civil Servant of Grade Level 12 and above with landed property in Lagos”.

Elumoye was sighted at the Lagos office of EFCC early today with the President, National Association of Women Journalists (NAWOJ), Mrs Ifeyinwa Omowole, who has been reporting regularly at the office since she was referred for further interrogation.

The NUJ Lagos council has released a committee report with the details of Elumoye and Omowole’s alleged offenses.