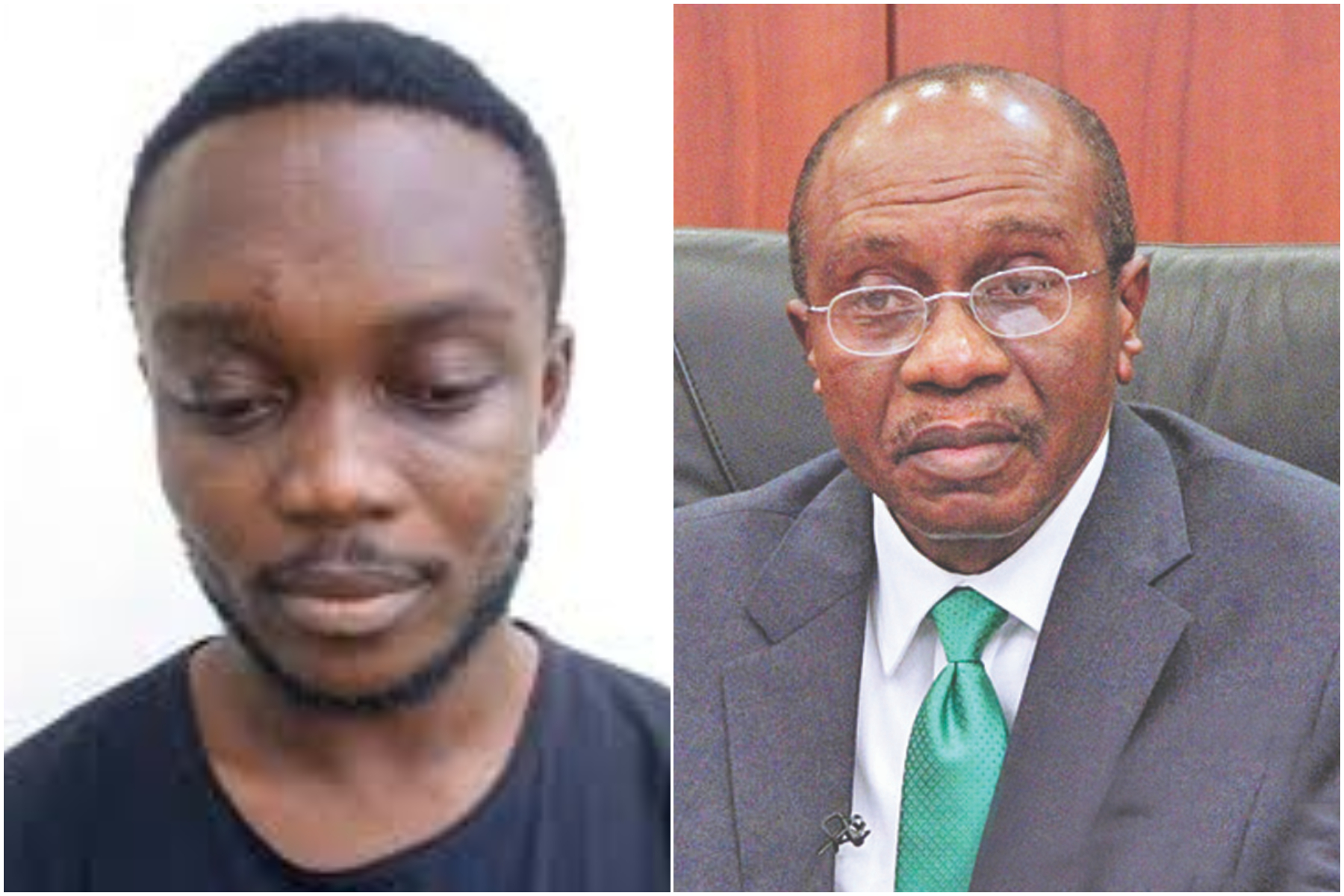 In a statement on Friday, Wilson Uwujaren, EFCC spokesman, said Julius was arrested in Owerri, Imo state capital, on December 6.

He said the suspect focuses on business email compromise (BEC) for his cybercrime activities.

Uwujaren said Julius had disguised as the CBN governor using emefilegodwin586@yahoo.com as his email address to defraud one Omar Deeb, among other victims.

“A cyber fraudster (yahoo boy) by name Onyebuchi Nwalozie Julius has been arrested by the Economic and Financial Crimes Commission EFCC, in Uyo, Akwa Ibom State, for impersonating the Governor of the Central Bank of Nigeria, Godwin Emefiele,” the statement read.

“Onyebuchi a native of Ngor-Okpala in Imo State, who claims to be involved into Estate Management, confessed under interrogation, that he impersonated the Central Bank of Nigeria, CBN Governor, Dr. Godwin Emefiele with email account: emefilegodwin586@yahoo.com and defrauded one Mr. Omar Es Sh Deeb. He suspect whose specialty is Business Email Compromise BEC, said his modus operandi involves searching for email addresses via Google search and sending convincing emails to prospective victims.”

Uwujaren said two laptop devices, two mobile phones, a Toyota Venza, were among the items recovered from the suspect.

He said the investigation is ongoing despite Julius’s confession of benefiting at least N4.5 million from his cybercrime engagements.

“Onyebuchi was arrested on December 6, 2019, at Owerri in Imo state. At the point of his arrest, the following items were recovered from him: A HP Laptop Envy with serial number CND62544TZ; HP Laptop with serial number SCD8022CSF; iPhone X; Nokia phone, ECOWAS International Passport-55389766, Drivers Licence and a Toyota Venza with registration No. LSR 23 FQ,” it read.

“An analysis of the HP Envy Laptop revealed quite a number of scam emails sent by Onyebuchi to one of his victims, an Arabian Omar Deeb, with bogus contract proposals purported to have emanated from CBN, while he posed as CBN Governor. Onyebuchi successfully defrauded Mr Deeb who remitted funds, thinking he was actually dealing with the CBN Governor Dr Godwin Emefiele.

“Though Onyebuchi confessed to have benefited as much as N4.5million from his criminal enterprise, investigation into the scam continues.”

Navy seizes 1,831 bags of rice smuggled by sea from Cameroon