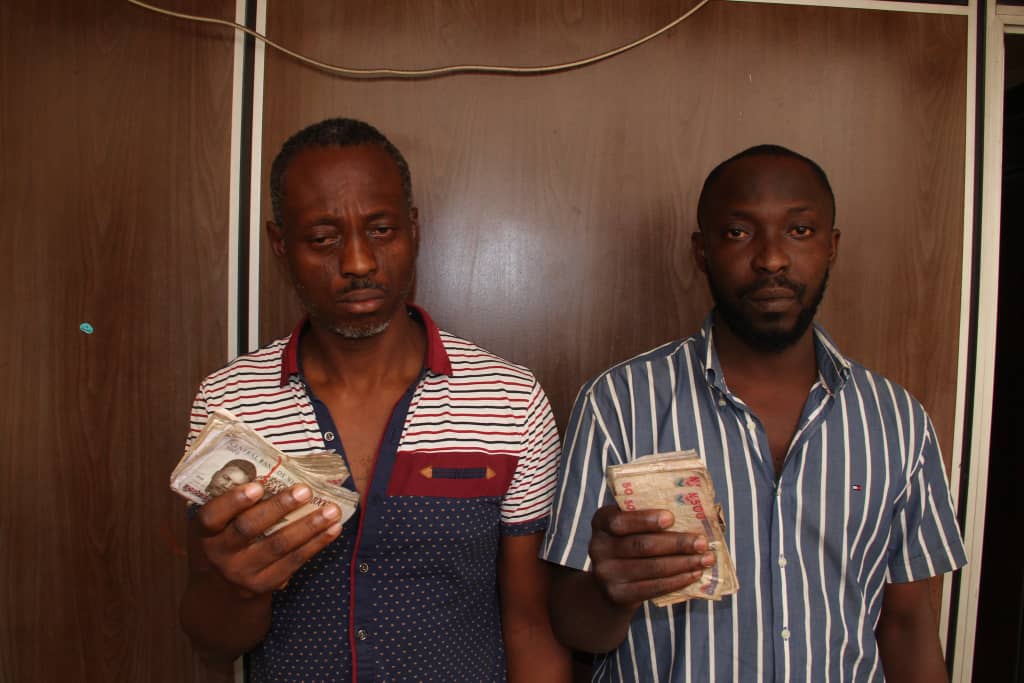 Operatives of the Economic and Financial Crimes Commission, EFCC, on Saturday, January 25, 2020, arrested two suspected electoral criminals for their involvement in vote buying during the Federal House of Representatives rerun election in Ogun State.

The suspects, one Alaga Segun and Bamidele Falegan, who claimed to be agents of a prominent opposition party in the state (name withheld) were arrested at the Odomowo Oko Polling Unit in the Ijebu Ode area of the state.

Segun, the first suspect to be arrested was in possession of the sum of N149,000 (One Hundred and Forty-nine Thousand Naira), out of N150, 000.00 (One Hundred and Fifty Thousand) he claimed was given to him by his accomplice, Falegan, to induce voters during the exercise.

Upon interrogation on their fraudulent activity, Falegan, confessed to have received the money from one Taiwo Shote, a lawyer and an opposition party candidate in the election. The suspects will soon be charged to court.