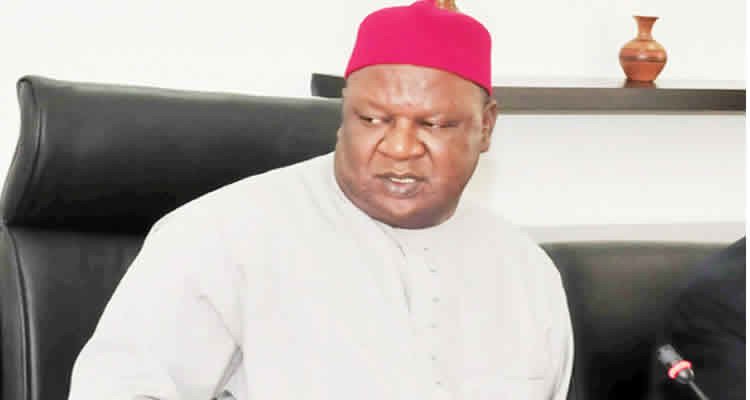 Chief Pius Anyim, former Secretary to the Government of the Federation, SGF, has been arrested by the Economic and Financial Crimes Commission, EFCC.

According to Sahara Reporters Anyim is in detention where he is being interrogated by EFCC officials.

The former SFG was arrested by the anti-graft agency over alleged fraud involving the Centenary City in Abuja.

The report said Anyim, who was SGF under the immediate past administration of Goodluck Jonathan, is being interrogated by the Commission’s operatives.

Recall that the House of Representatives had recently recommended the prosecution of Anyim over the Abuja Centenary City project.

The project in question, which cost over $18 billion, had Anyim as a major driver.

On February 3, Anyim, while appearing before the committee, accused Herman Hembe, the committee’s chairman, of “deep-seated personal bias”.
More to come…

2019 presidency: Yoruba youths reveal why Atiku must return to PDP