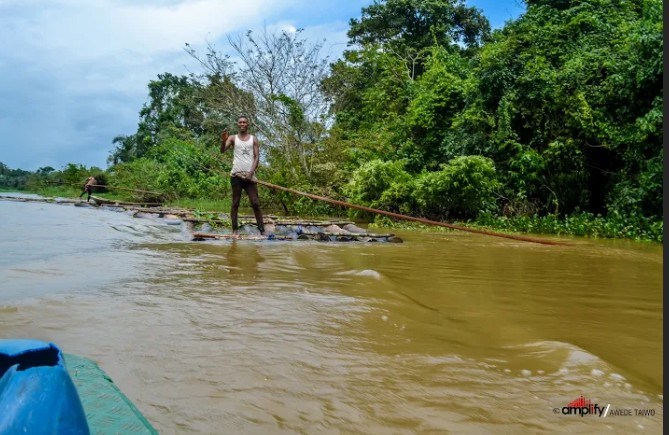 The Minister of Water Resources, Suleiman Adamu, has called on the Senate to pass the National Water Bill, saying it is consistent with the Constitution of Nigeria and should not be politicised.

Mr Adamu, while fielding questions at the News Agency of Nigeria (NAN) Forum in Abuja on Sunday, noted that the bill was for the overall benefit of Nigerians.

He said that the House of Representatives had passed the bill early in 2018, and was waiting on the Senate to do same, urging Nigerians to disregard misleading allegations, which were evident from the various commentaries from those opposing its passage.

He said that reports in the media appeared to have neglected the provisions and the benefits of the bill which was for the development, management and efficient use of the nation’s water resources in line with global best practices.

The minister described the oppositions to the bill as unnecessary controversy and diversionary.

“This is not a `Buhari water bill’, this is just a continuation of governance, this bill was drafted in 2006, the final draft came out in 2008, it went through stakeholders consultation in all the six geopolitical zones of this country.

“And then, nothing was heard of it, when we came on board, at our retreat, with all the major water stakeholders, one of the messages I got was that passing that bill would transform the sector, would ginger up the sector from the comatose state that it was.

“So we picked it up as one of the issues that we will promote under our roadmap, we took it to the Federal Executive Council, it passed, we took it to the Attorney General’s office, it was vetted, cleaned up and the president sent it to the National Assembly.

“The House of Representatives held its public hearing, passed the bill, and now it’s the turn of the Senate, and at the Senate, questions were raised, and people turned the whole thing upside down, calling it a Buhari bill, that the idea is to commandeer the rivers and riverbanks for Fulani herdsmen.

Mr Adamu said that the bill was not a new law; rather an amalgamation of Water Resources Laws that had been in existence as enshrined in LFN 2004 to promote efficient use of water resources and reduce duplication of efforts in line with international best practices.

He appealed to stakeholders and Nigerians, in general, to have faith in the bill as it was for the good of the nation, saying when passed into law, it would better serve and provide for the enhancement of the Nigeria Water Sector in line with global best practices.

NAN reports that the bill provides for professional and efficient management of all surface and groundwater for the use of all people.

The bill is for both domestic and non-domestic use, irrigation, agricultural purposes, generation of hydroelectric energy, navigation, fisheries and recreation.

The federal government aims through the provisions of the law, to protect the nation’s water resources; to use, develop, conserve, manage and control in a sustainable manner for the benefit of all persons in accordance with its constitutional mandate.

The Water Resources Bill will also provide for the creation of an enabling environment for public and private sector investment.

It also provides for capacity building processes to foster good governance while establishing a water use and licensing framework to ensure sustainable financing for the water sector.