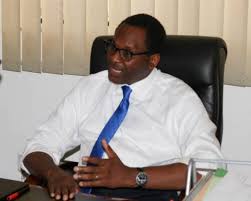 An All Progressives Congress (APC) governorship aspirant, Babatunde Irukera, has appealed to the party’s delegates for the August 29 primaries not to mortgage the future of the people in their choice of who becomes the party’s flag bearer for the November 16 election in Kogi state.

Irukera, who is Director General of Federal Competition and Consumer Protection Commission (FCCPC) made the call in Lokoja at the weekend while inaugurating his campaign coordinators for the 21 LGAs of the state.

He said that the forthcoming election was a golden opportunity for the people to choose the right governor that would change the state’s negative narratives and turnaround their fortunes for good.

Irukera said the state is endowed with abundant natural and human resources but that the inability to choose the right leaders into governance over time was responsible for the level of underdevelopment and bad governance bedeviling the state. He urged the delegates to be conscientious and courageous in choosing the right candidate for the party ahead of the November governorship election.

“Those who deserve to serve in Kogi are those who have track records of performance. We are better than this. The power to choose is in your hand now”, he said.

He said his vision for the state is encapsulated under the acronym, “HELP”, which entails Healthcare and human security; Employments, Learning opportunities and Prosperity for all. Irukera therefore solicited the supports of the delegates and generality of the Kogi electorate ahead of the November 16 governorship to enable him actualise his vision for the state.

A former Speaker of Kogi State House of Assembly, Alfa Imam, described Irukera as the best amongst all the aspirants seeking to fly the party’s flag, adding that the aspirant has a lot to offer to the state if given the opportunity.

We Will Deliver Mandates on FCT – Ramatu Aliyu