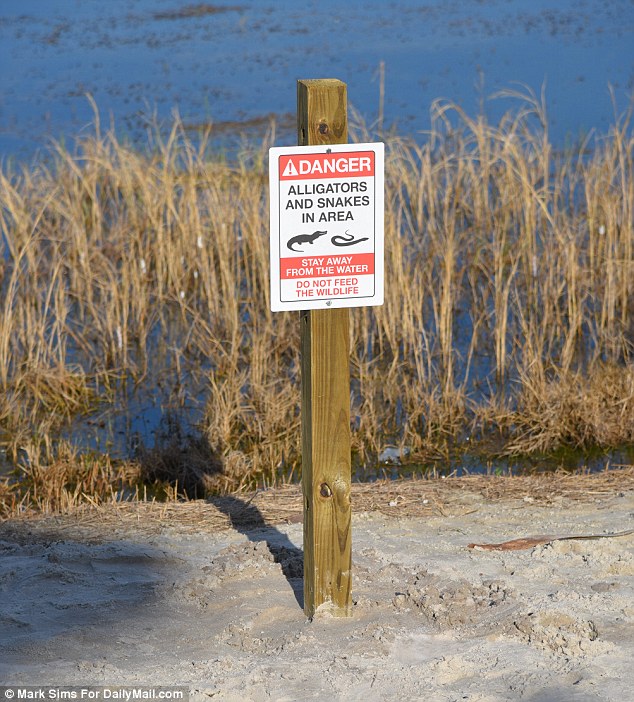 Disney has unveiled the sign that will be installed where two-year-old Lane Graves was dragged to his death by an alligator.

It will be put up at the Grand Floridian Resort & Spa in Orlando after the company faced growing questions as to why there was nothing warning guests about the deadly predators.

Resort staff have also erected temporary barriers around the water’s edge in the wake of the attack.

There was previously a sign on the beach saying: ‘No Swimming’, but many thought that wasn’t enough.

The dangerous reptiles had even been spotted lurking in the water days before the horrific incident.

Other close encounters were also reported in other parts of the park.

Lane, whose body was found 15 hours after he was pulled underwater, hadn’t even been swimming at the time.

He had just been wading near the edge of the lagoon.

The new post will read: ‘Danger. Alligators and snakes in area. Stay away from the water. Do not feed the wildlife.’

Jacquee Wahler, Vice President of Walt Disney World Resort, told Daily Mail Online in a statement: ‘We are installing signage and temporary barriers at our resort beach locations and are working on permanent, long-term solutions at our beaches.

‘We continue to evaluate processes and procedures for our entire property, and, as part of this, we are reinforcing training with our cast for reporting sightings and interactions with wildlife and are expanding our communication to guests on this topic.’

‘Every parent across America has had this family’s nightmare running through their minds and it’s heartbreaking to think that this may have been a preventable tragedy,’ Morgan told the Times of London. 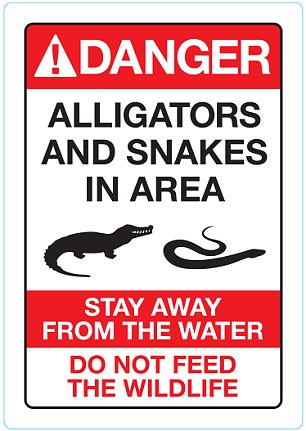 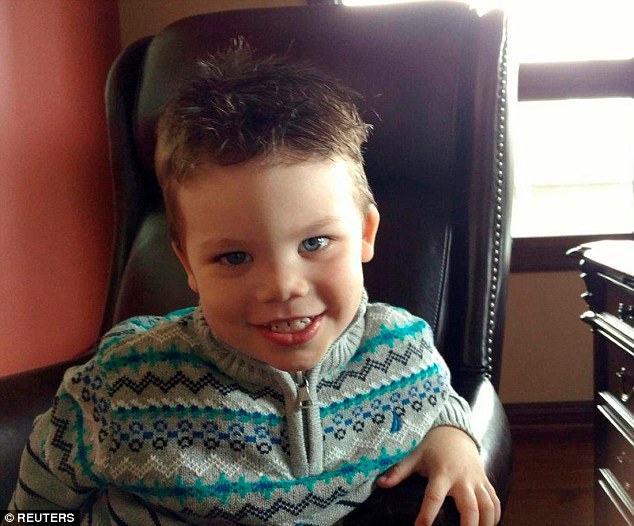 Lane Grave’s (pictured) mother and father tried to save him from the mouth of the reptile, but they couldn’t stop him from being taken away 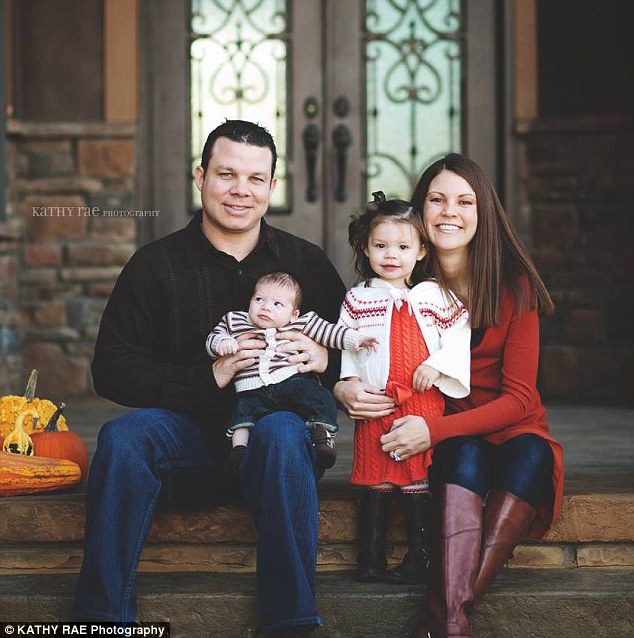 He said any case would focus on what Disney knew about alligators in the lagoon and when they knew it, and whether the company had taken sufficient measures to protect its guests.

He pointed to claims that guests had previously fed alligators on the beach where the boy was snatched.

On Friday, TMZ reported that an alligator had been spotted clambering onto a raft on the Tom Sawyer Island on the Rivers of America.

One guest filmed the horrific incident on their cell phone.

The Hyatt Regency Grand Cypress, which neighbors the Walt Disney Resort already has a sign which clearly reads: ‘Please be aware of alligators in the lake.’

Photos of the alligator warnings at the Hyatt resort were shared on the Disney fan website Mouse Steps, and the signs have been there for at least three years.

As a result, hundreds of people poured onto social media condemning Disney’s sign policy in the wake of the horrifying incident.

The firm announced it would review its regulations and has now decided to install the sign.

There are hundreds of lagoons in the immediate area surrounding the two resorts, with many just a few hundred feet apart or linked by small streams.

Lane Graves was grabbed by a predator at the Grand Floridian Resort & Spa in Orlando while wading in the Seven Seas Lagoon with his parents Matthew and Melissa and older sister on Tuesday night.

The family, from Nebraska, had been 10 feet from the shore and even though there were signs warning against swimming in the lagoon, they did not tell guests to be aware of alligators.

Lane Graves was grabbed by a predator at the Grand Floridian Resort & Spa in Orlando while wading in the Seven Seas Lagoon with his parents Matthew and Melissa and older sister on Tuesday night.

Now Walt Disney World has admitted that it routinely captures and moves dangerous gators from its grounds despite the signs at the Seven Sea Lagoon only warning against deep water and steep drop-offs.

Related Topics:AlligatorDisneyLane Graves
Up Next