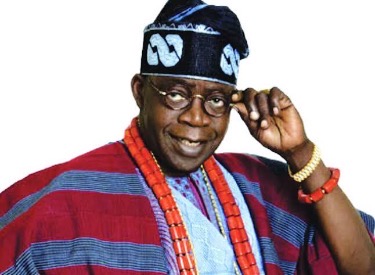 The campaign team of Bola Tinubu has expressed confidence that the National Leader of the All Progressives Congress (APC) would win the presidential primaries of the party after the proclamation of his ambition.

This was disclosed on Tuesday by AbdulMumin Jibrin, the Director-General, Bola Ahmed Tinubu Support Group Management Council, and a former member of the House of Representatives, during an AriseTV interview monitored by Ripples Nigeria.

According to Jibrin, Tinubu has the wherewithal to become the next Nigerian President due to his antecedents and capacity as evidenced in Lagos State.

“I have said it time and time again that BAT will win the APC primaries, whether it is via direct or indirect Primaries and it is not a matter of luck. He had demonstrated capacity and invested in people; his achievements in Lagos speak for itself. I don’t see how he will lose the APC ticket. In sha Allah, with his declaration, we expect everyone to rally around me in order to concentrate on the general elections.

The former lawmaker also implored people not to focus on reports about his age and health, reiterating that what is important is Tinubu‘s capacity to lead Nigeria into better economic situations.

Jubrin said, “When I was younger, I used to champion youth but I realised that good leadership is not a function of age; the most important thing is capacity and competence and in this instance, Tinubu fits it.

“I have spoken repeatedly about this; everyone falls sick. In this case, Tinubu was ill and it was a public matter due to his status and he recovered from it. He is very healthy, travelling and organising his ambition and people are talking about his health.”

Regarding the clamour for a South-East Presidency, the former lawmaker expressed his sympathy with the region but blamed them for engaging in regional politics while prominent Igbo politicians refuse to stake their claim.

“On the South East, we sympathize with them and even Tinubu understands these issues but the South-West realised they have to play centrally while the South-East shifted back to regional politics ergo they will have to play politics centrally.

“For example, the South-East politicians are predominant in the PDP but nobody is coming out yet the party is talking about zoning it to the North which means they are not pushing which is in fairness, what should happen but the South-East needs to be more strategic.

“The best opportunity is for them to support Tinubu because he is a man of his words.”

In response to questions about corruption allegations against Tinubu, he noted that these claims are conjured by naysayers from the internet and almost everyone involved in politics has been accused of corruption.

“If you punch Google, there is no Nigerian politician that has not been accused of corruption. The only way you can know a corrupt person is when he is pronounced guilty so, it is to be expected as a frontrunner in 2023. I don’t think it is fair because of comments which get escalated. People are doing this because of his ambition. He has worked so hard to build his pedigree and he is the person that people want, even in the North so it is going to be a landslide.

“Our emphasis should be on the pedigree of this candidate and his achievements, especially in Lagos State. These are the focus we should concentrate on; all these mundane issues will not solve the problem in Nigeria.

“These are trash they people conjure from the internet and we will not create a narrative for naysayers or elevate such discussions and you will see everything about him during the campaign,” the former lawmaker noted.

As a media platform, we hold leadership accountable and will not trade the right to press freedom and free speech for a piece of cake.

If you like what we do, and are ready to uphold solutions journalism, kindly donate to the Ripples Nigeria cause.

Your support would help to ensure that citizens and institutions continue to have free access to credible and reliable information for societal development.

CBN Governor, Emefiele May Resign January To Run For Presidency