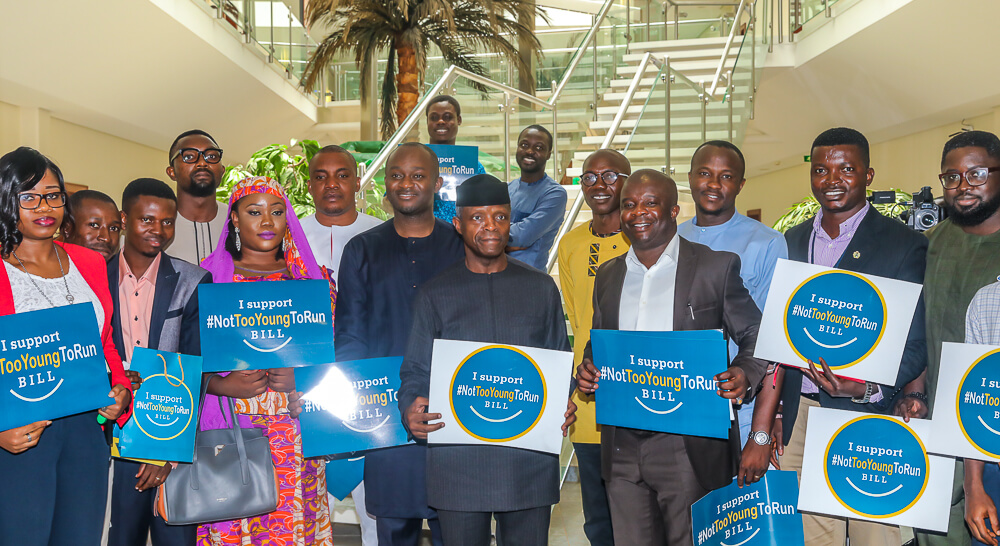 There is still a low level of youth participation in Nigeria’s politics despite the introduction of Not Too Young to Run law.

Age qualification for office of governor and senator remained between 35 years and 30 years.

But while the attention for youth activeness in politics has largely been at the national assembly, statistics show Nigeria still has a long way to go, even with youth constituting 51 percent of the 84 million registered voters.

In 2015 when the law had not been introduced, youth candidates in the senate and house of representatives were 10 percent and 18 percent respectively.

Then fast forward to 2019, data obtained by the Ready to Run movement showed that of the 1,904 candidates contesting for various seats at the senate, only 253 of them – representing just 13 percent – are youth (18 to 35).

The situation is slightly better at the house of representatives where 1,262 of the 4,680 candidates are youth, representing 27.4 percent.

Ironically, there is a worse record of female youth candidature at both the senate and house of representatives when compared to what was in place in 2015. Of the 1,904 candidates for the upper legislative chamber, only 16 percent of them are female youth, compared to the 17 percent in 2015. At the green chamber, the number of female youth also reduced from 15 percent to 13.4 percent now.

Interestingly,statistics show that the All Progressives Congress (APC) and Peoples Democratic Parties (PDP), Nigeria’s leading political parties,  are not giving enough room for youth participation in politics, especially with huge prices for their nomination forms.

A BREAKDOWN OF PARTIES GIVING OPPORTUNITY TO YOUTH

At the senate, DA still leads with 25 candidates followed by PPN with 14 candidates. Justice Must Prevail Party (JMPP) and ADC follow with 11 youth candidates each.

Falae asks Nigerians to unite and send Buhari’s government away