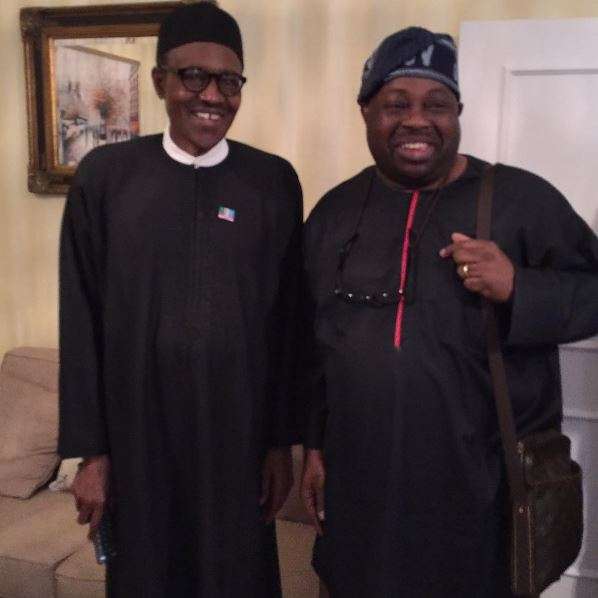 Momodu said this while responding to Reno Omokri, ex-new media aide of former president Goodluck Jonathan, who had asked him what he feels with Buhari “hero worshipping Abacha”.

“You were chased away from Nigeria by Abacha. Abacha’s killer squad killed your friends Kudirat Abiola, Alfred Rewane, Maj General Shehu Musa Yar’adua (rtd) Bagauda Kaltho, Sola Omatsola amongst others. How do you feel now that Buhari is hero worshipping Abacha?”

Momodu replied: “Abacha was his boss and he’s always been his big fan… It was also a smart way of responding to those who alleged that he fumbled as the head of PTF…”

President Buhari had on Tuesday said, “I don’t care the opinion you have about Abacha, but I agreed to work with him and we constructed roads from Abuja to Port Harcourt, Benin to Onitsha and so on.”

Sack Dogara, 9 others for dragging APC to court over congresses – Saidu