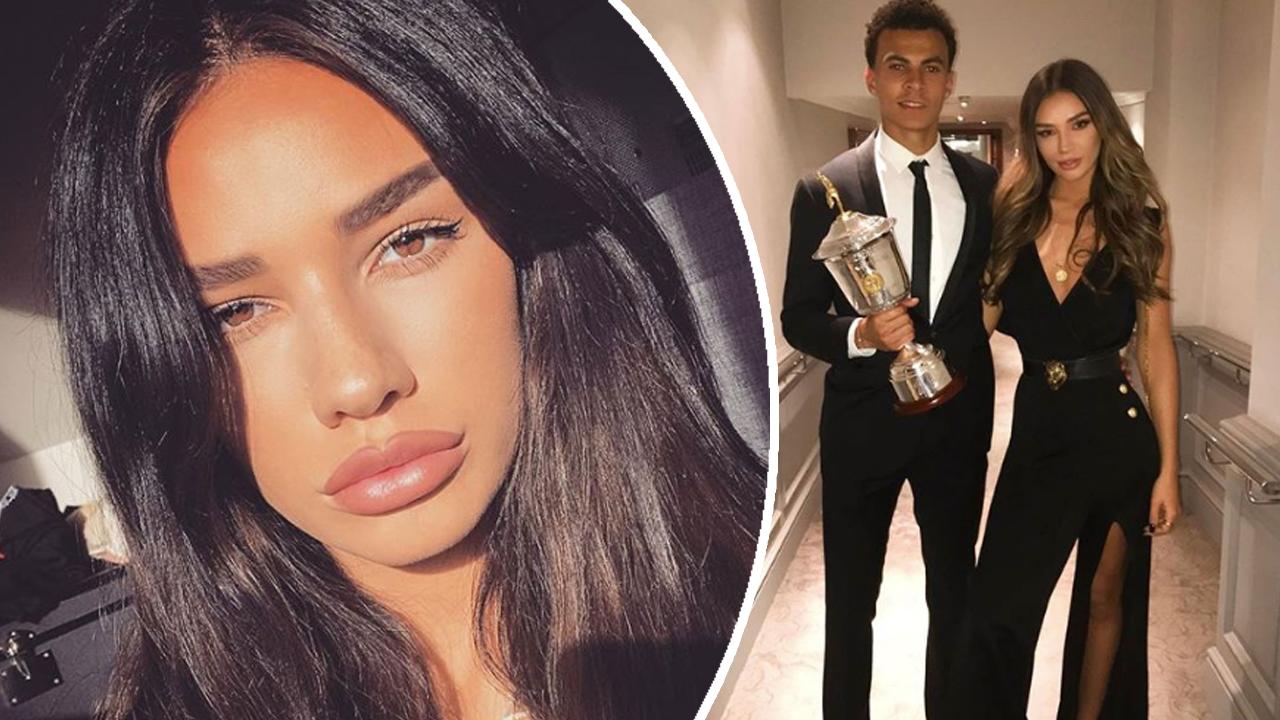 The Tottenham Hotspur footballer, 22, and the lingerie model, 23, decided to call time on their relationship three weeks ago.

A source revealed to MailOnline that Dele and Ruby are both ‘pretty upset about the split’ but have remained ‘very amicable, speaking to each other a lot’.

They added that there is no ‘animosity’ between the former couple and that there was ‘no drama’ surrounding their split.

Dele had been dating Ruby, a lingerie model who has posed for Dolce & Gabbana and Rare London, since June 2016 after they were spotted kissing at the Euros.

This comes as the footballer denied claims he had swapped numbers with Love Island’s Megan Barton Hanson, after it was alleged the blonde beauty had caught his eye in London’s Tape nightclub.

The stunning brunette is signed to Boss Model Management in Manchester, and has worked for several other well-known brands including Chanel, Hidden Fashion and The Couture Club.

Ruby supported Dele throughout the 2018 World Cup held in Russia from 14 June to 15 July, making a lavish sharing of the sporting event on her Instagram account over the summer.

The model shared several photos of the sporting event onto her Instagram account over the summer.In one sweet snap, Ruby sat on Dele’s lap, as she revealed in the caption: ‘So proud .’

Alli was born in Milton Keynes, Buckinghamshire,to a Nigerian father Kehinde and English mother Denise. He moved to Nigeria at the age of nine with his father spending only two years in the West African country before returning to Milton Keynes to live with his mother. Dele who had Liverpool legend Steven Gerrard as child hood idol, tinkered with the idea of playing for Nigeria in 2015 when it was reported that John Fashanu was on the verge of convincing him to play for Nigeria.

The move however did not see the light of the day as the former England Under 17 to 23 ace played his way into the mainstream of England team where he has continued to make his mark.

He was named in the Three Lions 23-man squad to the last world cup in Russia. He scored the second goal against Sweden in the quarterfinals as England hit the semifinals and also won a free-kick through which England took the lead in the semifinals against Croatia, thought the team eventually lost the game 2-1 in extra time.