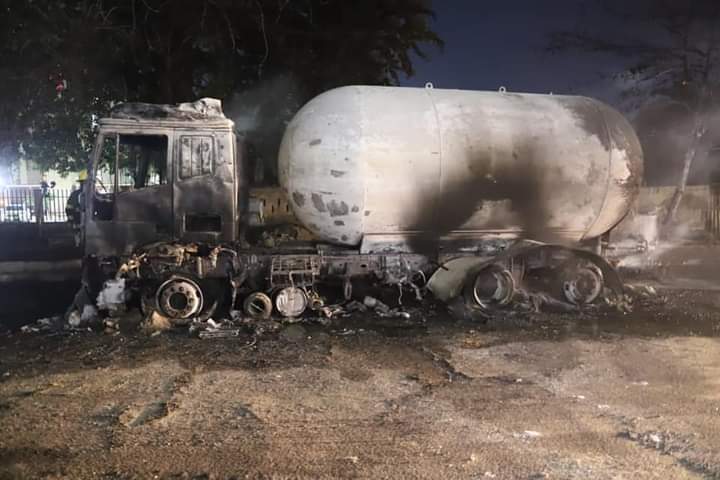 The death toll from the gas tanker explosion that occurred on Thursday night June 17 along the Bank Anthony Way in Lagos has risen to five.

Three of the bodies, said to be adult males, were found inside one of the stores at the OPIC plaza while operatives of the National Emergency Management Agency (NEMA) and the Federal Road Safety Commission (FRSC) search for a child whose mother was rescued earlier this morning.

It was learnt the woman, who was at the Chinese Restaurant, kept crying about her child when she was being evacuated to the hospital which gave insights that someone was trapped.

A further search by the operatives led to the discovery of two more bodies, one of which was a child.

Speaking on the rescue operation, the Director-General, Lagos State Emergency Management Agency (LASEMA) Dr. Femi Oke-Osanyintolu, said
“First responders worked to control the spread to the adjacent properties as well as the nearby petrol station until 0400hrs Friday.

The affected truck has been moved, the entire affected area cordoned off and post disaster assessment ongoing”

US President Joe Biden’s most cherished Dog of 13 years dies.