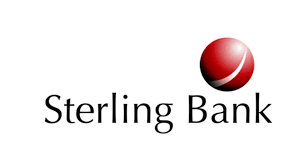 Sterling Bank Plc has said its dealings being a lead bank in an N8 billion syndicated loan-financing transaction between it and Grant Properties Limited, a property development company, owned by one Chief Olajide Awosedo, which spanned over a decade solely with depositors funds was transparent.

The bank’s rebuttal followed a report by an online news medium where Grant Properties accused the lender of withholding and selling 10-hectares from its 50-hectare land used as collateral to Mr. Yemi Idowu, its one-time non-executive director.

Refuting the allegations, Sterling Bank said it was not true that 10 hectares of land was sold to Mr. Yemi Idowu, the non-executive director of the bank.
“It is not true that 10 hectares of land was sold to Mr. Yemi Idowu. The 10 hectares was sold to a Company known as the Real Estate Development (RED) Company Limited and the decision to sell the 10 hectares was a joint decision between the Consortium of Banks (Wema, Skye, Unity & Sterling) and the Developer (Grant Properties/Chief Olajide Awosedo) as the proceeds of sale was to be used to refund subscribers of Phase 2 of the project who had become restive due to the failure of the Developer to commence work on the project( deliver various housing units with deposit from subscribers in excess of N2.1billion). Sterling Bank could not have singlehandedly sold any part of the land as the security was pledged to the Banking consortium that financed the project. It is instructive to note that the proceeds of sale of the 10 hectares was passed to Grant Properties/Chief Awosedo for onward transmission to the subscribers that had demanded for a refund.

The bank also explained that the claim by Grant Properties Limited that a court ruling pronounced the land sale illegal was also not true. According to Sterling Bank, “It is not true that that the Court pronounced the sale as illegal. The Court Ruling related to only 2.4 hectares out of the 10 hectares which the RED Company subsequently sold to UAC Property Development Company (UPDC) and this is now subject of an Appeal at the Court of Appeal Lagos. The Court did not void the sale of the 10 hectares to RED Company and there is no Order of Court that the 10 hectares be returned to the Grant Properties.”

On what happens to the proceeds from the sales, Sterling Bank said: “The said proceeds were passed to Grant Properties/Chief Awosedo for onward transmission to settle subscribers to a housing project it halted before the AMCON take-over of the bad loan incurred from the banks/Grant Properties transaction. Despite the AMCON window, the consortium had to write off approximately N3billion from upon the sale of the bad loan to AMCON.

The business deal started in 2002 when Grant Properties secured a 50-hectare land in Lekki, Lagos state, to build “Victory Park Estate”. It approached the legacy banks of Unity Bank, Skye Bank, Wema Bank and Sterling Bank for an N8 billion ongoing loan to partly fund the project (to fund the purchase, sand filling and development of the land as site & Services for sale. NAL merchant, the legacy bank of Sterling was the lead of the consortium. Grant Properties transferred the shares in its subsidiary, Knight Rook Limited, to the banks as security for the loan having purchased the Asset fully with bank loan.

Security warning by US and UK missions in Nigeria on FCT, Adamawa, Bauchi, Borno, Gombe, Jigawa and Yobe states