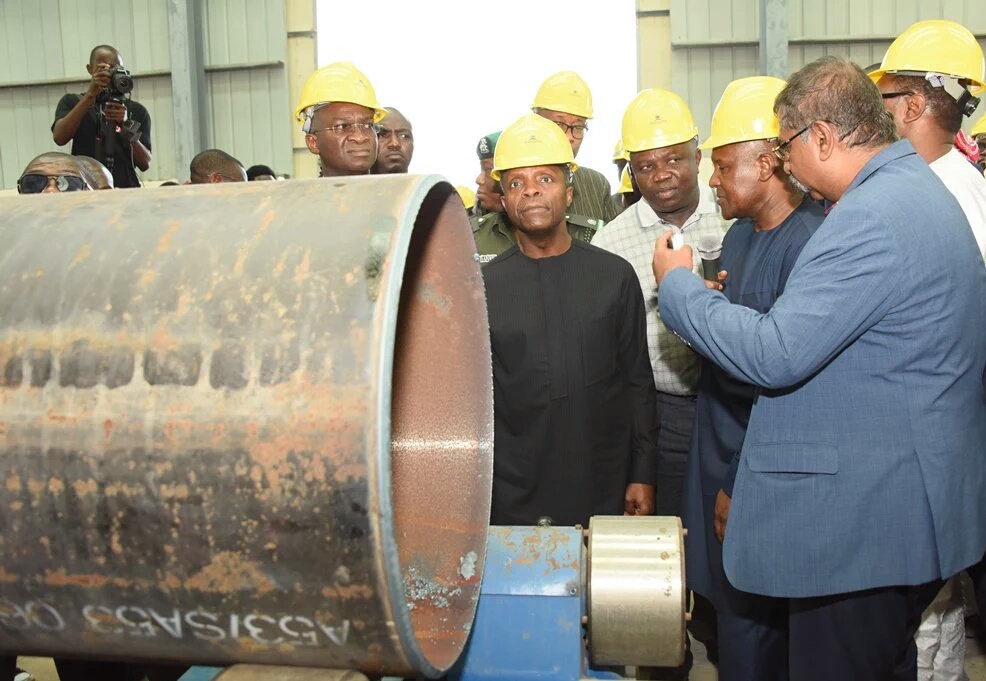 With the growing efforts towards the diversification of the nation’s ailing economy, the Federal Government has described Dangote Fertilizer and Petrochemical projects as credible venture undertaken and capable of reducing poverty through generation of foreign exchange.

Vice-President, Professor Yemi Osinbajo and President of Dangote Group, Aliko Dangote said the Dangote Refinery , Petrochemicals and fertilizers reputed to be the biggest in Africa when completed offered hopes in the quest for diversification of Nigeria’s economy from total dependence on oil to other areas like Agriculture and Solid minerals. 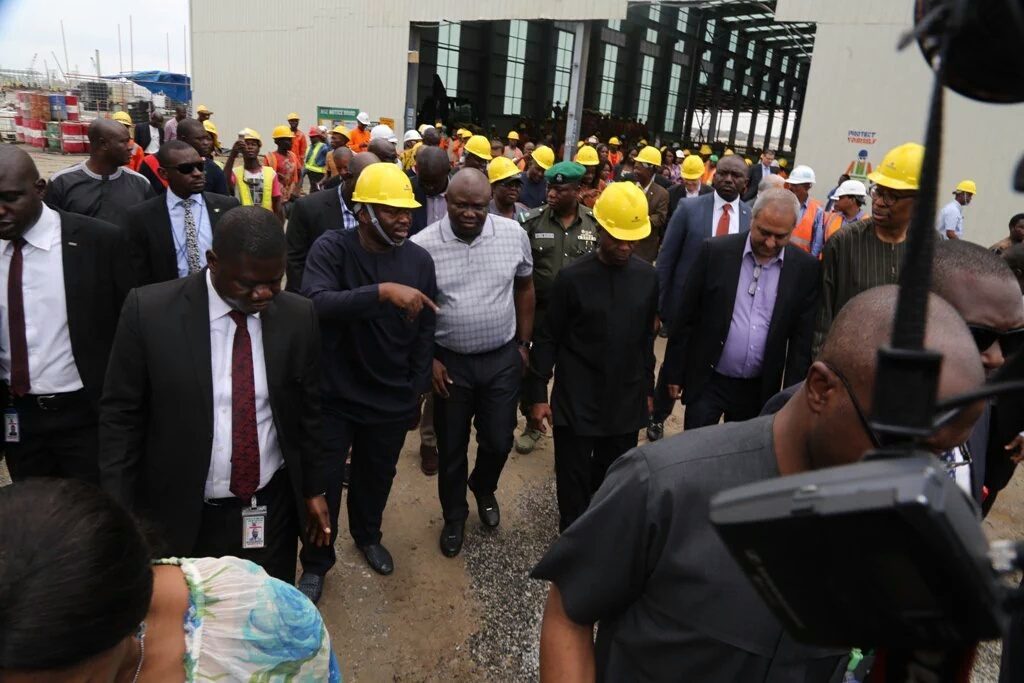 Osinbajo who was on a working visit to the site of the projects at Lekki Free Trade Zone in Lagos in company of Ministers of Finance; Power, Works and Housing; Solid Minerals Development as well as the Minister of State for Trade and Investments, expressed surprise at the size of the projects and reiterated government’s preparedness to provide enabling environment for businesses to thrive.

He commended the business acumen of Aliko Dangote, saying the projects remained the most important in the country presently and must be supported as it would help Nigeria’s economy when completed.

The Vice-President explained that the federal government would harness the potentials of the private sector to make the nation’s economy recover speedily.