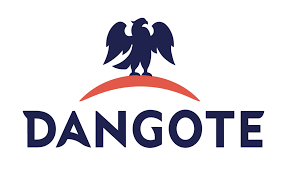 The addition of the equity value of his fertilizer plant to his net worth moved Aliko Dangote, Africa’s richest man, to the 63rd position on the Bloomberg Billionaire Index from 103.

The owner of Dangote Industries who was initially valued at $10.8 billion before it moved to $16.6 billion is the only Nigerian on the list.

Dangote holds 85.2% stake in Dangote Cement and has shares in other companies like Dangote Sugar, Nascon Allied Industries, Dangote Flour Mills and United Bank for Africa.

The new valuation means that Dangote’s annual revenue could hit as high as $30 billion, which is about eight percent of the nation’s gross domestic product.

The fertilizer plant is estimated to have a capacity of 2.8 million tonnes of urea annually.

A $12 billion oil refinery that is currently under construction has not been included in his valuation.

In an interview with Bloomberg published on Wednesday, Dangote said he cannot exit business for politics.

“If I exit from business and go into politics, nobody can actually sit in Dangote Group and take the kind of risk that I can because I’m the owner,” he said.

“My real job is to see how do I transform Nigeria and Africa and to take this kind of risk.”

Apart from Dangote, there were five other Africans on the list; two each from South Africa and Egypt.

Nicky Oppenheimer and Johann Rupert, both South Africans, were valued at $7.05 billion and $6.92 billion.