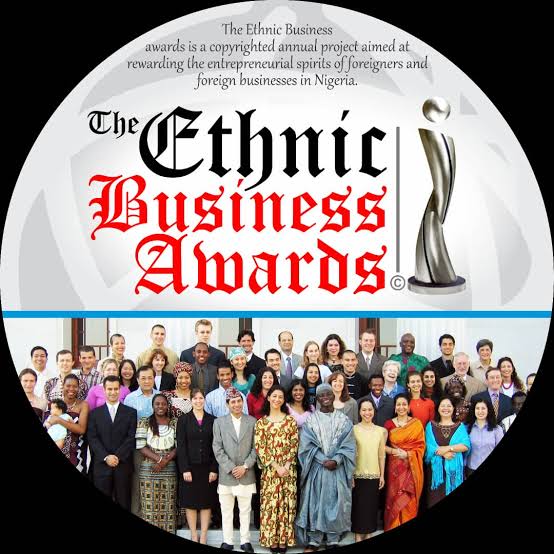 The organisers of the Ethnic Business Awards, www.theethnicbusinessawards.com have unveiled the host of the laudable initiative that will honour and celebrate foreigners, foreign businesses, missions and migrants community in Nigeria on St. Valentine’s day, February 14th, 2020.

Billed to hold at the prestigious Oriental hotel in Lagos, the Ethnic Business Awards’ committee has announced Free The Sheeple campaigner, Ifedayo Olarinde popularly known as Daddy Freeze and gorgeous Ghanaian actress, Ella Mensah as hosts of the event which promises to be grand.

According to a statement from the organizers, Daddy Freeze who has been taking up the challenges of tithing and exploitative excesses of African Men of God will be anchoring the Ethnic Business Awards alongside the drop-dead beauty, Ghanaian actress, Ella Mensah.

The awards ceremony, we gathered will be honouring foreign boardroom collosi who have chosen Nigeria as a home in different categories such as Ethnic Entrepreneur of The Year, Employment Friendly Ethnic Company of The Year, CSR Ethnic Brand, Ethnic Product, Most Friendly Ethnic Group while the presentation of Ethnic Man and Woman of The Year will be the project’s biggest moments.

The event will, aside honouring and celebrating Nigeria’s migrants community serve as a reference point for network and business interaction between topflight people of high administrative capabilities in a convivial atmosphere.

On the attendance list of the show are important dignitaries amongst whom are foreign envoys such as Claire Pierangelo, the US Consul General, Harriet Thompson, Deputy High Commissioner, British Embassy, Laurence Monmayrant, the French Consulate and Stefan Traumann, Consulate General of the Federal Republic of Germany among others are those lined-up, not just as special guests but keynote speakers.

The Chief Host, H.E Babajide Sanwo-Olu, according to the organizers is expected to deliver a speech titled, “Lagos, A Hub for Foreign Investors”, Consul General Pierangelo will treat some of the challenges facing foreign businesses in Nigeria alongside other envoys while on the federal government side, the Foreign Affairs Minister who’s attending as Special Guest of honour talks on, “Managing Our Foreign Partners”.

The Industry, Trade and Investment Minister-The Guest Speaker, H.E Otunba Niyi Adebayo will speak on, “The Ease Of Investing In Nigeria” and the Chairman of Occasion, Ogbeni Rauf Aregbesola, the Interior Minister will deliver the opening speech while the Minister of State for Labour and Employment, Mr. Festus Keyamo SAN is the host.

The invitation for the classical evening of fun and music has started flying around with touch of red and gold as dress code.
From The Desk of Mr. Tunde Moshood Jr.