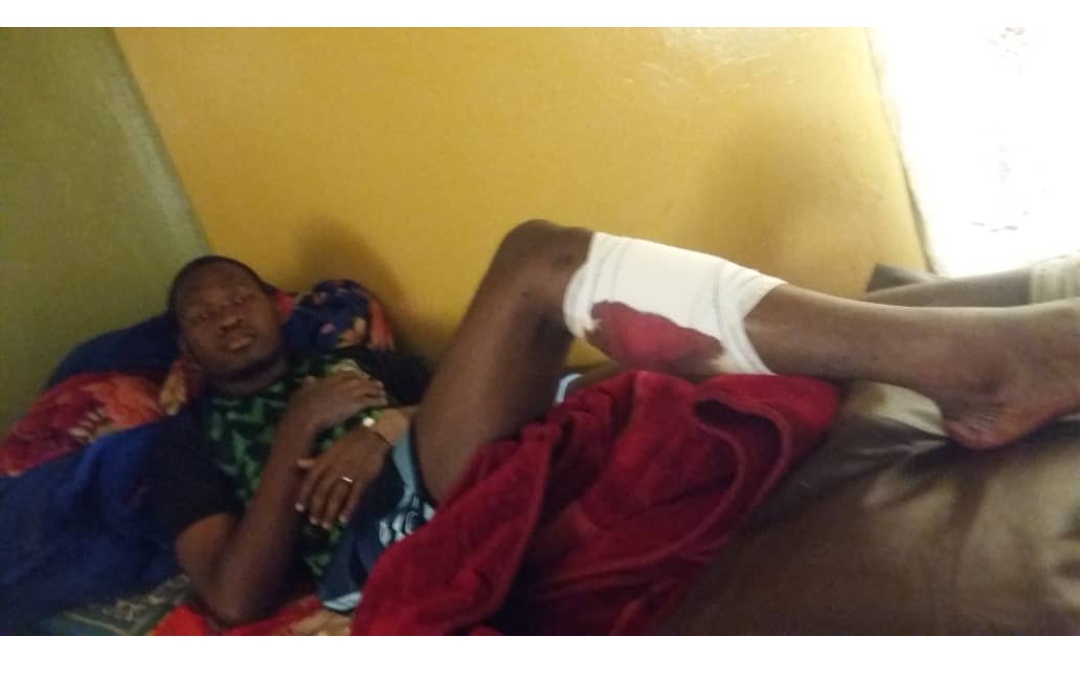 Some customs officials in Kano have allegedly wounded both legs of a postgraduate student when they fired at his car
First Weekly Magazine learnt that the student, Jibrin Yahya Maikifi was driving back to Kano from Gashua, Yobe state on Monday when he was stopped by customs officers at Zakirai, Kano.

Mr Maikifi, who spoke from a hospital bed, said the customs officers fired at the car after he had applied instant brake.

According to him, the officers were not wearing full uniform and they had not mounted a roadblock.

Mr Maikifi, an Msc Computer Engineering student at University of East London alleged that the customs officers zoomed off in their car when they realized that the shots had injured him.

However, spokesperson of Nigeria Customs Service Kano/Jigawa area command Isa Danbaba said the command is yet to confirm the incident.

Mr Danbaba said the command is investigating the matter, as there are three layers of customs officers operating in the area.

The spokesperson however said criminals could disguise as customs officers to commit atrocities.

However, the police spokesperson in Kano, Abdullahi Kiyawa said the command would prosecute the policeman after investigating the circumstances that led to the killing.

Court affirms that Ganduje has powers to dethrone any Emir