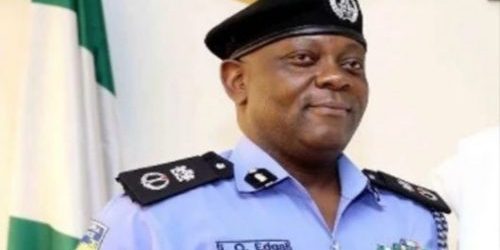 Over 100 cultists, on Wednesday renounced their membership of various secret cult groups in Ikorodu area of Lagos.

Lagos State Acting Police Commissioner, Imohimi Edgal, at Imota, said this was the second time in November that suspected cultists came out publicly to embrace peace in Ikorodu district.

According to Edgal, they surrendered based on neighbourhood partnership strategies, assuring that no criminal charges would be brought against them,

He said: “The boys will be reintegrated into the society after being empowered with various skills. They had voluntarily renounced cultism and surrendered to the police.

“The importance of this denouncement is not for those doing it but for the society at large. What is significant is that the process for youths to show interest in denouncing cultism and taking up jobs, skills has started.

“I expect more youths to follow suit because this would mean that there are less arms in wrong hands and crime rate would drop.

“This is a clear and visible evidence that our community policing and community safety partnership is achieving result.”

Edgal commended the traditional rulers for their impact in development, while urging them to prevail on their subjects to shun cultism and drug abuse.