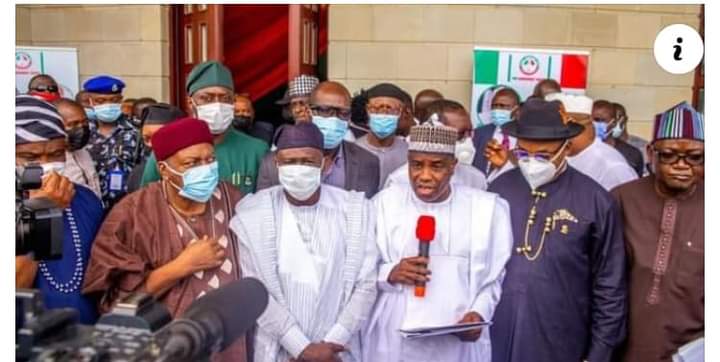 The call for the resignation of the national chairman of the Peoples Democratic Party (PDP), Prince Uche Secondus, has split the party as the crisis reached its peak on Tuesday, August 3, following the resignation of seven members.

Our correspondent reports that while some governors endorsed the resignation of Secondus, others want the party chairman to remain as the leader of the party.

It was gathered that the members of the party’s NWC who resigned on Tuesday, August 3, based their grouse on what they termed as Secondus’ poor leadership.

The report noted that the governors took different positions for and against the Secondus-led NWC, saying that eight out of 14 governors are for Secondus while three are against him and that the remaining three are sitting on the fence.

A source reportedly said:
“The crisis in the party has caused a split among its governors. They are not on the same page despite last month’s meeting in Bauchi, where they appeared to be united. Secondus has pulled a counter-string by running to PDP governors and former governors.”

Wike, Makinde, Fintiri reportedly want Secondus to resign as PDP chairman:
It further noted that those opposed to Secondus and his team are Wike (Rivers), Seyi Makinde (Oyo) and Ahmadu Fintiri (Adamawa).

Our correspondent also reports that the governors called for calm, warning those they called detractors to stay off the main opposition party.