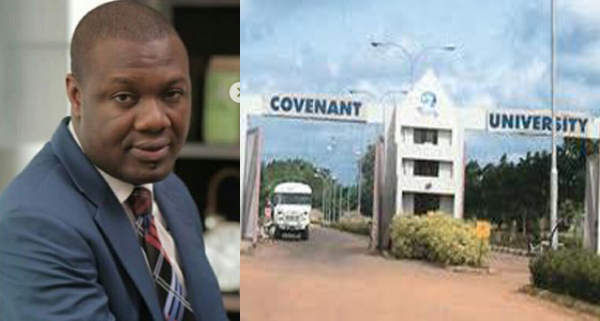 Covenant University Registrar, Dr. Olumuyiwa Oludayo, has been relieved of his job by the university management just after an expelled student of the school who won a court case, accused him of setting him up.

Following the scandal which has been a major topic on social media, Chancellor of Covenant University, Bishop Oyedepo who addressed students during the Thursday chapel service for 100 and 200 level students warned against having an “intimate ally”, a phrase used by the registrar in the leaked chats. He also revealed that Covenant University, currently, has no registrar.

The sack is coming just after we reported that the female students who were accused by male student Emmanuel Adooh, of making themselves available for the plan to expel him from the school before his graduation, reacted.

One of the female students, Effanga Marilyn, confirmed that she had sex with Emmanuel Adooh. Also corroborating the story, Omotayo Dada disclosed that after the report went viral, she began receiving threats.