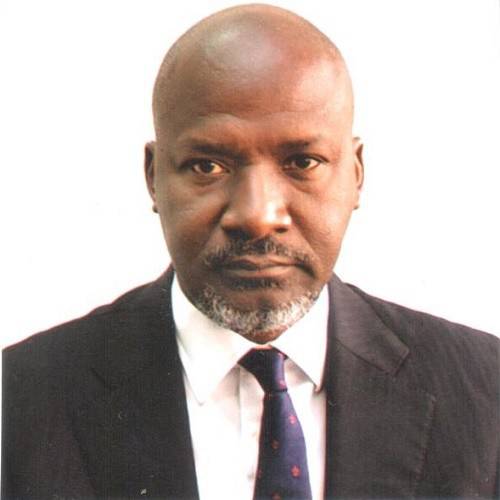 Justice Rilwan Aikawa of the Federal High Court sitting in Ikoyi, Lagos, on Wednesday, March 11, 2020, adjourned until March 12, 2020 to rule on the admissibility of the Closed-Circuit Television, CCTV footage and its Certificate of Identification sought to be tendered in evidence by Mohammed Dele Belgore, SAN.

Belgore is standing trial alongside a former Minister of National Planning, Prof. Abubakar Sulaiman, on a five-count charge of conspiracy and possession of proceeds of crime to the tune of N450million brought against them by the Economic and Financial Crimes Commission, EFCC.

The defendants allegedly received the sum of N450m on March 27, 2015 out of the $115,010,000 paid into Fidelity Bank Plc by a former Minister of Petroleum Resources, Diezani Alison-Madueke, to influence the outcome of the 2015 presidential election.

The defendants also allegedly handled the huge sum without going through any financial institution, contrary to the provisions of the Money Laundering (Prohibition) Act.

At the resumed sitting, E.O. Shofunde, SAN, counsel to the first defendant, Belgore, sought the leave of the court to recall him (Belgore) into the witness box.

Consequently, Shofunde asked Belgore to confirm the subpoena served on Yinka Omar, Branch Manager, Fidelity Branch, Ilorin, Kwara, asking him to produce the CCTV footage of the events that took place in the bank and its Certificate of Identification, which he did.

Belgore also said that, after the documents were produced before the court, he viewed part of the footage, adding that he was aware that some people in his legal team had also seen the footage.

Shofunde, thereafter, sought to tender the CCTV footage contained in a flash drive and the Certificate of Identification attached to it.

In his response, counsel for the EFCC, Rotimi Oyedepo, objected to the tendering of the documents on the grounds that the defendant was not the maker, so he could not give direct oral evidence or be cross-examined on it.

“In view of the fact that the device and Certificate of Identification were not made by the defendant; and the fact that he was not privy to the making, direct oral evidence will not be admissible, according to Section 84 of the Evidence Act,” Oyedepo said.

He further argued that “the defence did not apply to tender the document in their subpoena, but to only produce it; hence, the admissibility of the document is to be determined by the court.”

Oyedepo, therefore, urged the court to reject the documents.

Shofunde, however, submitted that the defendant was not giving direct evidence but only identifying the documents before him.

The defence counsel also argued that Section 84 does not say that documents cannot be tendered without the maker, but only stipulates what needs to be done for a document to be tendered in evidence.