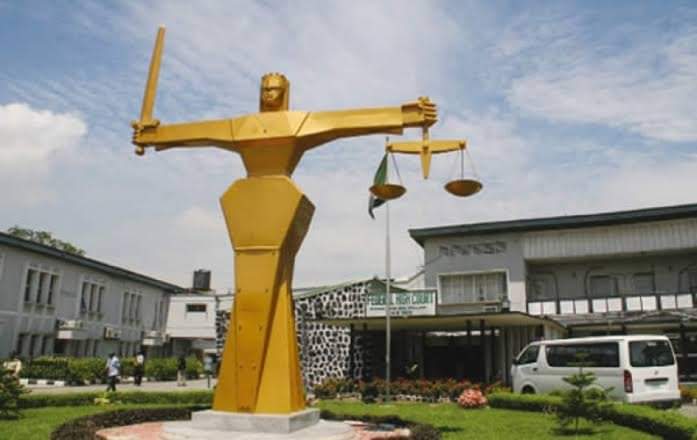 Aniele, who is a pastor with the Assemblies of God, raped the girl, an orphan who was under his care and got her pregnant.
The ra.pe incident happened on December 11, 2017, at Amaji community in Omuma Local Government Area of Rivers state where he worked as a pastor.

Delivering her judgement on Thursday, November 11, on the matter which lasted for about four years, the presiding Judge, Justice Augusta Kingsley-Chuku, found the accused guilty.

Convicting the accused, the judge said he (Aniele) took advantage of the minor under his care and had unlawful se.xual intercourse with her which resulted in pregnancy and the birth of a little baby boy that later died.

The Court held that the accused did not show any remorse for his actions, by attempting to abort the pregnancy more than once and for threatening to kill the victim should she reveal the truth to anyone.
Justice Kingsley-Chuku further noted that the offence committed is punishable under section 32, sub 2 of Rivers State Child Rights Law 2009.

Speaking with our correspondent after the judgment, the State Prosecution Counsel, Lilian Franklin, said justice has been served on the victim and the state.

“We got judgment today for unlawful se.xual intercourse with a child with a maximum sentence which is life in imprisonment,” she said.

“Police concluded investigation and the case file was sent to the Ministry of Justice and immediately we called witnesses to testify in court which they did, the victim has also testified.

“The IPO was called to testify and he called the doctor that attempted abortion for the defendant.

Although he refused, he testified which strengthened our case that the defendant actually brought the victim for a failed abortion and she had a baby instead although the baby died.

“Today, we are glad that we got justice for the victim and the state and it should serve as a deterrent for others that have children in their care and would want to molest or abuse them for other things than allowing them to be children that they are.” she added.

Also, Chisom Anyalebechi, counsel who represented FIDA holding a watching brief in the matter, expressed happiness that the accused was convicted for the crime.

“We are so happy. Immensely grateful for getting this judgment, it will act as a detorant to others because so many people are taking away with this and the victims and family are complisanct sometimes,” the counsel said.

“There should be an end to all these by prosecuting this matter, be diligent while doing it and see that you get judgment
“We charged this matter under Child Rights Law and not criminal Code, hence the judgment for life imprisonment.”