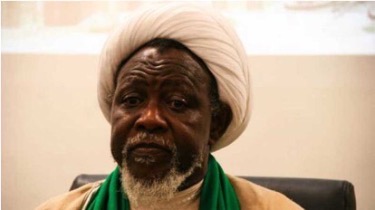 Sheikh Ibraheem El-Zakzaky, the leader of the Islamic Movement in Nigeria (IMN), and his wife, Zeenat Ibrahim, have been acquitted and dismissed by Justice Gideon Kurada of the Kaduna State High Court after a four-year trial.

According to BBCHAUSA, In a ruling issued on Wednesday, Justice Kurada stated that the prosecutor had failed to show or prove the case.

El-Zakzaky and his wife, Zeenat, are charged with eight charges, including culpable homicide, unlawful assembly, and disruption of public order.

The defendants had entered not guilty pleas to the accusations that had been brought against them.

Since 2015, when IMN supporters battled with soldiers in Zaria, Kaduna, the couple has been detained.

How I Bribed Abba Kyari In $1.1 million Deal – Hushpuppi