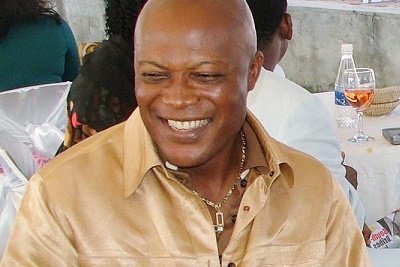 Justice Mojisola O. Dada of the Lagos High Court Ikeja, on Tuesday, refused the bail application of notorious fraudster, Emmanuel Nwude, who allegedly conspired with two others to tamper with a property that had been forfeited by a court order.

Nwude alongside Emmanuel Ilechukwu and Rowland Kalu were on March 2, 2018, arraigned on a 15-count charge bordering on forgery and dealing in forfeited property.

One of the counts reads: “That you, Emmanuel Nwude, Emmanuel Ilechukwu and Rowland Kalu, on or about 12th day of January 2011, at Lagos within the Ikeja Judicial Division, conspired to forge a Power of Attorney dated 12th day of January 2011, issued in the name of Mankris Venture Limited purporting that Mankris Venture Limited is the owner of Plot Y, Mobolaji Johnson Street, Oregun, Alausa Lagos, whereas you knew that the property was forfeited to the victims of crimes as restitution in the judgment delivered on 18th day of 2005 by Honourable Justice Joseph Oyewole in ID/92c/04- FRN vs. Emmanuel Nwude & six others and the victims subsequently sold the property to Rossab Industrial Design Limited and Rossab Industrial Limited later assigned to G.C. Nweze and Company Limited and committed an offence contrary to Section 467(2)(m) of the Criminal Code Law Cap C17, Lagos State, 2003.”

The defendants pleaded not guilty to the charge preferred against them.

Both the second and third defendants were granted bail at the last hearing.

At the resumed hearing today, counsel to the first defendant, Stephen Amallagoge, brought before the court a summons for bail application on behalf of his client.

He prayed the court to grant Nwude bail pending the hearing and determination of the charge against him.

He also stated that the first defendant had been enjoying the administrative bail granted him by the Commission since October 2017 and had never defaulted.

Amallagoge also claimed that his client was due for a prostrate cancer surgery this month, adding that ” My Lord, going to prison will inhibit him from undergoing the surgery.”

He, therefore, urged the court to grant his client bail “in the most liberal terms.”

Rotimi Oyedepo, the prosecution counsel, however, objected to the prayers of the defence.

He presented a 10-paragraph counter-affidavit urging the court to dismiss the application.

The prosecution also objected to the bail application on the grounds that the first defendant, Nwude, is not a first-time offender.

“He was convicted by a court in a matter that affected the Federal Republic of Nigeria in the International Community, ” Oyedepo further argued.

Oyedepo also pledged the prosecution’s readiness for accelerated hearing, adding that “refusing the bail application is not to punish the defendant but to enable him stand his trial.”

Regarding the purported surgery, Rotimi submitted that it was just a mere assertion without an expert opinion.

He, therefore, urged the court to dismiss the application and grant accelerated hearing in the matter.

In her ruling today, Justice Dada ruled that she was not satisfied with Nwude’s application and expressed doubts that he would stand trial if granted bail.

Although Justice Dada also held that the claim by Nwude to be preparing for a prostrate cancer surgery this month was a grave assertion that could not be glossed-over, she said no single documentation had been brought before the court in support of the assertion.

Justice Dada, therefore, refused to grant bail to Nwude, while urging the second and third defendants to perfect their bail applications before the next adjourned date.