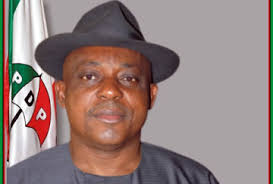 An Abuja Federal High Court on Friday awarded N10 million as damages to the former Acting Chairman of the Peoples Democratic Party, PDP, Uche Secondus over his arrest by the Economic and Financial Crimes Commission, EFCC.

Justice John Tsoho also declared the arrest and detention of the former PDP Chairman by the EFCC as unlawful.

The court’s decision followed an application filed by Secondus seeking the enforcement of his fundamental human rights, which he claimed were violated by the EFCC.

The former PDP Acting Chairman in the application asked the Justice John Tsoho-led court to declare his arrest and detention illegal?.

Secondus also urged the court to award damages against the anti-graft agency.

Justice Tsobo in his ruling held that, “The first prayer of the applicant is hereby granted and the sum ?of N10 million damages is hereby awarded against EFCC”.

we  recall that the EFCC had in March arrested Secondus f?or illegally receiving buses on behalf of his party which they later asked him to return.

2016 budget is a work in progress – Lai Mohammed

I feel your pains, I will not disappoint you – Buhari pleads with Nigerians