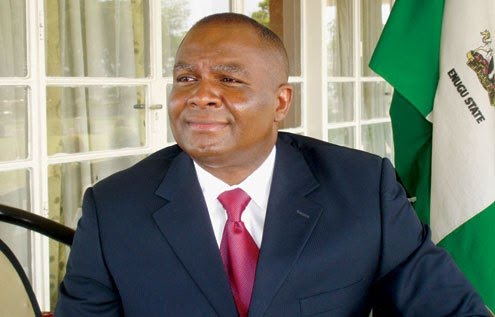 A Federal High Court sitting in Lagos has held that there is no valid charge before it in relation to the case of the Economic and Financial Crimes Commission (EFCC) against a former governor of Enugu State, Mr Chimaroke Nnamani.

The former governor was to be re-arraigned before the court on allegations of laundering N4.5 billion, an offence said to have been committed during his tenure as Governor of Enugu State between 1999 and 2007.

The move to re-arraign the former Governor is coming 10 years after he was first arraigned alongside one of his aides, Sunday Anyaogu and 6 companies, Channels tv reports.

But the former governor had challenged the re-arraignment on the ground that the court lacked the competence to try him and determine the offences against him, especially as a plea bargain agreement had been reached between him, the other defendants and the EFCC.

When the matter came up on Tuesday, February 20, the counsel to the former governor, Senior Advocate of Nigeria, Rickey Tarfa informed the court of an application he had filed disclosing the result of the plea agreement, which according to him, led to the institution and determination of the charges against the defendants before Justice Mohammed Yinusa of the same court back in July 2015

The lawyer said that in view of the plea bargain agreement entered into by parties, there is no longer any valid charge pending before the court as Presiding Justice Chuka Obiozor cannot seat on an appeal of his learned brother, Justice Yunusa.

The EFCC prosecutor, Kelvin Uzozie in his response said that after looking at the affidavits filed by the defendant, he is of the view that the entire proceedings should be expunged to enable the prosecution file fresh charges against the defendant.

In a short ruling, Justice Chuka Obiozor held that in view of the plea bargain judgement of this court delivered on the 7th of July, 2015, there is no valid charge before his court. He therefore expunged the entire proceedings.

I Had No Child For Baba Suwe – Opeyemi Aiyeola