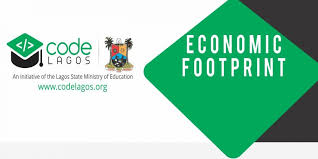 As part of the continued drive of the administration of Governor Akinwunmi Ambode to train one million Lagos residents to code through the CodeLagos initiative, the State Government has scaled up its coding centres from 193 schools last year to 275 for the new term including 10 public centres.

This is just as the Government announced the opening of the registration portal for the 3rd batch of the Out-of-School programme for interested members of the public from Wednesday, April 25, 2018.

Special Adviser to the Governor on Education, Mr. Obafela Bank-Olemoh in a statement on Wednesday said the present administration was committed to the vision of the CodeLagos programme geared towards making Lagos State the technology frontier in Africa by empowering people with skills needed to create and take advantage of the opportunities a tech-driven economy proffers.

He said, “We are excited to announce that the programme is expanding. We have scaled up the numbers of our coding centres, from 193 schools last year to 275 this term; and we have plans to keep scaling up. Out of the 275 schools, 130 of those are Government schools while 145 are private schools. We have already trained over 250 facilitators to deliver the Coding Framework to students in these schools. As a State, we are doing this so that more students can benefit from this free training.

“For the next cycle, we have added six new centres to widen the reach of the programme and accommodate more lagosians who want to learn to code. The new centres include; Ikeja Secretariat Library, Ikeja GRA.; Ipaja Public Library, Akowonjo; and Meiran Public Library, Meiran. Other centres are the e-Read Africa Learning Centre, Surulere and the Methodist Primary School, Ikorodu.”

Bank-Olemoh said residents within these locations and environs can now have access to free coding classes, while urging interested candidates to register by visiting the CodeLagos website at www.codelagos.org.

According to him, the programme which will run for six weeks will expose the trainees to courses in Java and Python programming languages as well as HTML and CSS for Web development.

In a related development, Bank-Olemoh said that coding classes commenced in primary and secondary schools on Monday April 23, adding that the in-school programme holds in both Government and Private schools in the Six Educational Districts in the State.

The CodeLagos Out-of-School programme is open to Lagos residents who are 16 years and older, and not enrolled in any primary and secondary school in the State.