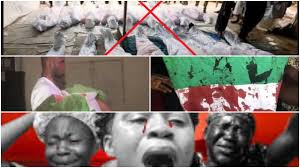 The Citizens Initiative For Security Awareness (CISA) says it is glad that the Lagos State Government has instituted a judicial panel of enquiry with the mandate to unravel the truth about the alleged killing of some #EndSARS protesters last Tuesday night at the Lekki Tollgate. Its National Coordinator, Chidi Omeje, however urged Nigerians to give the enquiry panel a chance to do its job effectively.

“This matter bothers on national security and we should not allow sentiments to becloud our quest to unravel the truth. Let us therefore exercise patience and support the panel to do a thorough and dispassionate job,” he said.

Omeje, who spoke during a world press conference, noted that what really exacerbated the tragic situation that snowballed into unrestrained violence, arson and looting of both public and private property across the country, was the reckless manner with which some people handled information during and after the unfortunate incident.

He said: “As we are beginning to see, the media and civil society groups who reported the sad event, relied on eye-witness accounts mostly from celebrities and social media influencers without subjecting the information to rigorous investigation since no single authenticated footages of massacre at Lekki Tollgate has surfaced.

According to the CISA National Coordinator, the promoters of such deliberate misinformation spread false and misleading contents to confuse, fool and deceive their targets with the sole aims of reinforcing sentiments, influencing bad judgment, aggravating anger, inducing mob attacks and plunging society into monumental crisis.

“Again we urge Nigerians and even the international community to exercise patience and give the panel a chance to unravel the truth,” Omeje said.