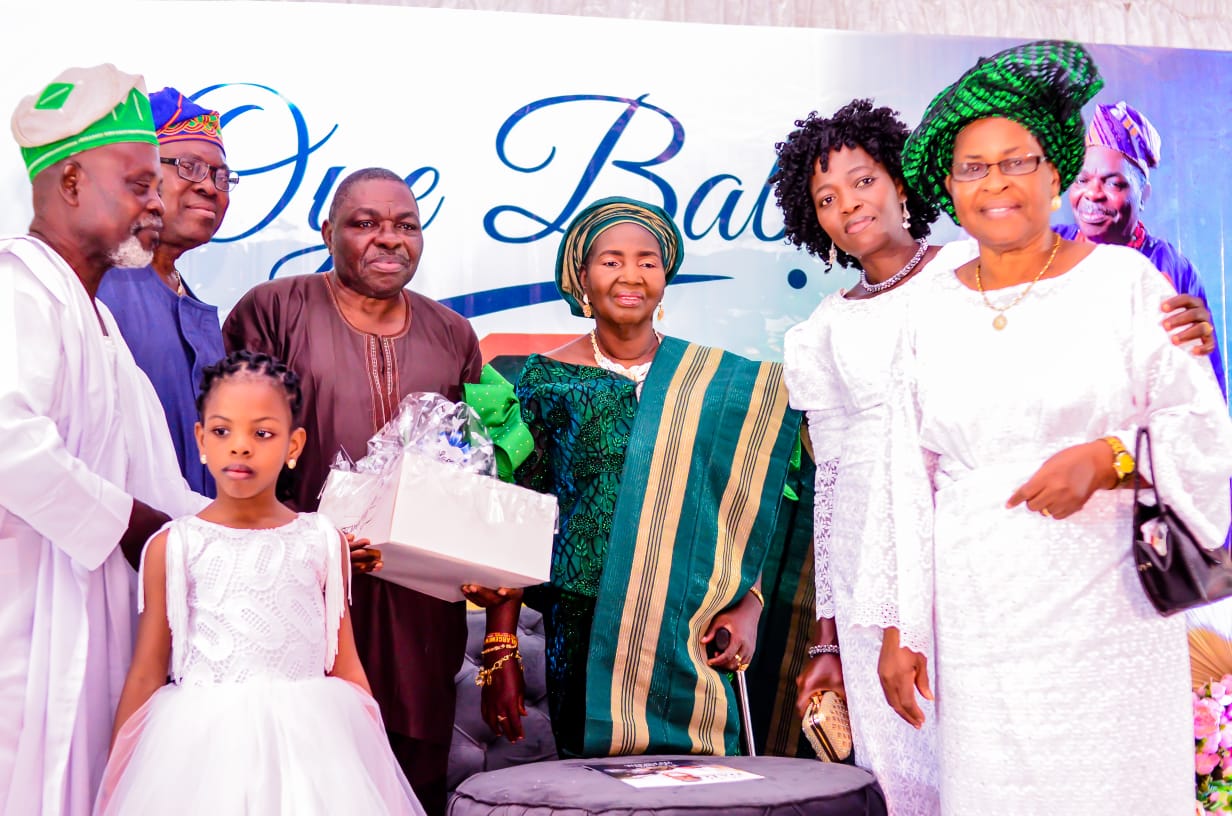 Saturday August 13, 2022, will continue to linger in the memory of the former Ambassador/Consulate General of Nigeria to Zimbabwe and Chad, Prince Amos Olugbenga Oyemade, when his children, families and friends organized a surprise birthday for him.

The officiating Pastor, Segun Alimi, who led the opening prayer, also led the family through praises and thanksgiving songs to God for sparing the life of the celebrant.

Oyemade, who was highly elated, was clad in beautiful green “agbada,” while dignitaries, who came from far and near, were amazed with the beautiful reception provided by the family of the celebrant.

Some of them could not hide their feelings as they prayed for Pa Oyemade and the organizers of the event.

Wife of the celebrant, Mama Oyemade, described her husband as a very loving and caring man, who does not toy with his family and prayed for God’s protection over him.

Mama Oyemade also thanked the organisers for the beautiful reception they gave her husband.

His son, Dayo Oyemade, described him as a diplomatic, disciplined and accommodating father, saying that if he was not well behaved people would not have trooped from far and near to celebrate him on his birthday.

His daughter, Tobi Oyemade said that she did not regret having him as a father.

According to her, “my father is a good and wonderful man. He amazes me with his good character and I wish him long life on the surface of the earth.”

His daughter-in-law, Alice Yetunde Oyemade said in her comments that, “Pa Amos Olugbenga Oyemade is of good behaviour. He is so nice and kind. Since I have been with him as my father-in-law, I have never for a day regret knowing him. I wish him long life to continue eating the fruits of his labour.”

Ambassador Kayode Ojo also described Pa Oyemade as “a good colleague who is always ready to render help anytime people come across him, and I wish him long life.”

The celebrant, Ambassador Amos Olugbenga Oyemade could not hide his happiness over the surprise birthday organsed for him by his children and family, while he thanked them and wished them journey mercy to their different destinations.

The event was made glamorous by Apreel 1 Event and TV.