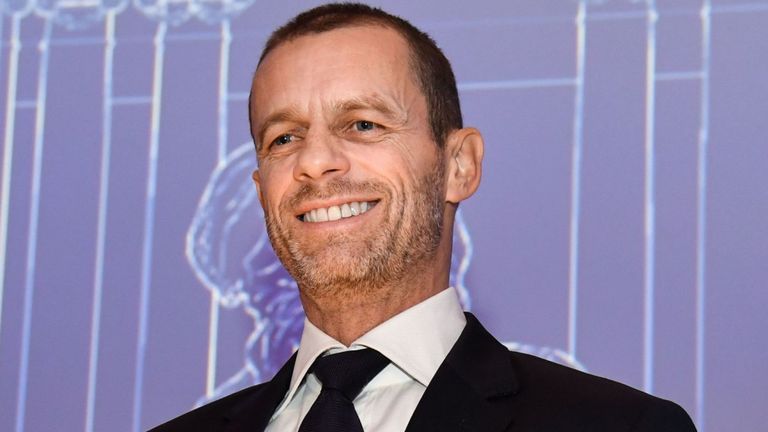 Ceferin, 51, was confirmed in office on Thursday by all 55 UEFA member associations’ delegates at the 43rd UEFA Ordinary Congress in Rome.

Speaking after his re-election, the Slovenian thanked delegates and declared himself honoured to be given a second term in office.

“Thank you once again for placing your trust in me, I am both touched and honoured,” ?eferin told delegates.

Ceferin says UEFA will do “everything possible” to bring the 2030 World Cup to Europe, adding that Financial Fair Play (FFP) rules will be revised to make the game of football better and fairer for all.

“We will adapt the financial fair play rules to establish a new European balance in which everyone can find their rightful place,” he said.

“The initial objectives of financial fair play have been achieved.

“European clubs are financially healthier than ever, the problem of debt has been sorted out in many countries, and unpaid debts owed to clubs, coaches and players seem to be becoming nothing more than a bad memory.”

The Slovenian succeeded Michel Platini in 2016.