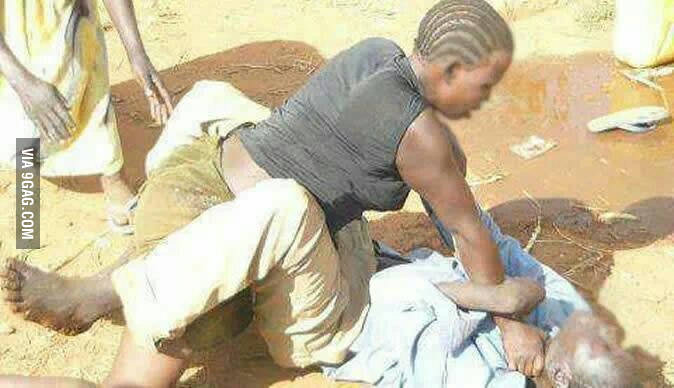 The Catholic Archbishop of Kampala, Cyprian Kizito Lwanga, has warned women against beating their husbands, saying they “should love and respect them”.

He was reacting to a police report about Mpingi district in the Uganda’s central region, which showed that five out 10 reported cases of domestic assault involved women beating their husbands.
Ugandan newspaper, Daily Monitor quotes the Archbishop of Kampala, which is Uganda’s capital, as saying women should accept men as the head of families:
Do you want to take over power from men in your families? I think you want to challenge God who tells us that men are the heads of the family. Stop torturing the innocent servants of God. There is no need for you [women] to behave like some people we are seeing nowadays in the country who are merciless.”