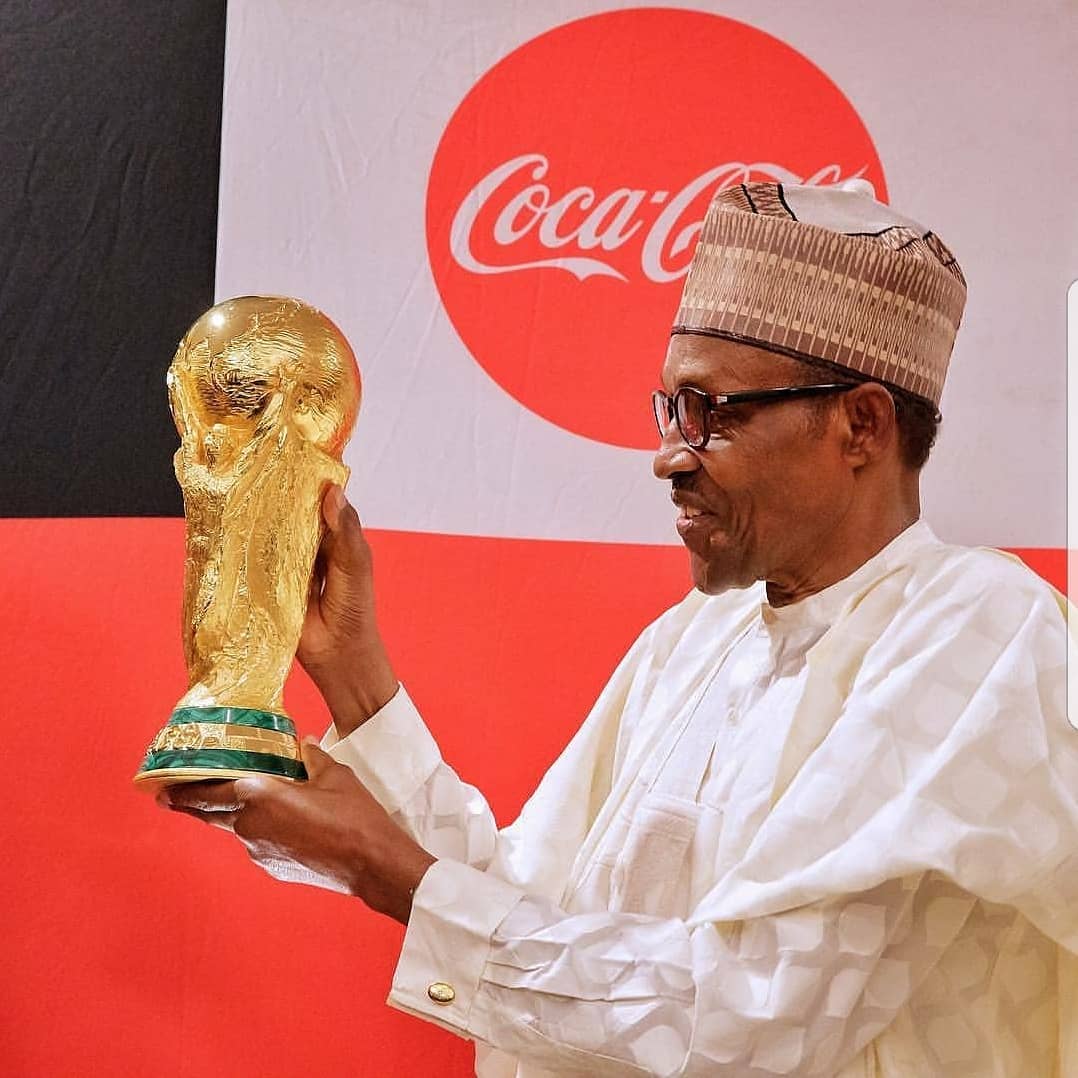 President Muhammadu Buhari, Wednesday, received the World Cup trophy from FIFA Governing Board ahead of the 2018 World Cup in Russia at the Presidential Villa, Abuja.

President Buhari also received local eagles who participated in the just concluded African Cup of Nations (CHAN) which took place in Morocco without announcing any cash reward for the players and the technical crew.

The president also received Nigerian Diasporan representatives at the Winter Olympics which held in South Korea.

The presentation of the FIFA trophy which is presently touring 91 cities in 51 countries across the globe ahead of the World Cup to be hosted by Russia to Buhari was in line with FIFA’s tradition to tour all the countries participating in the tournament with the trophy.

Receiving the trophy, President Buhari was glad that the Super Eagles was the first African team to qualify for the 2018 World Cup.

According to him, football has been a great unifying factor among the ethnic groups in the country.

He said, “We are proud of you and the team to the Bobsleigh Winter Olympics in South Korea.”

While commending Coca-Cola for their role in football development in Nigeria, he urged other organizations to emulate the company.

Speaking at the event, FIFA’s representative, Christian Karembeu, said bringing the trophy to Nigeria ahead of the tournament was meant to rekindle the passion of many young people in football and inspire the Super Eagles to believe in themselves that they can go far in the tournament and bring the trophy back to Nigeria.

In his presentation, representative of Coca Cola, a sponsor of the world football event, said 91 cities in over 20 countries are currently being toured by FIFA.