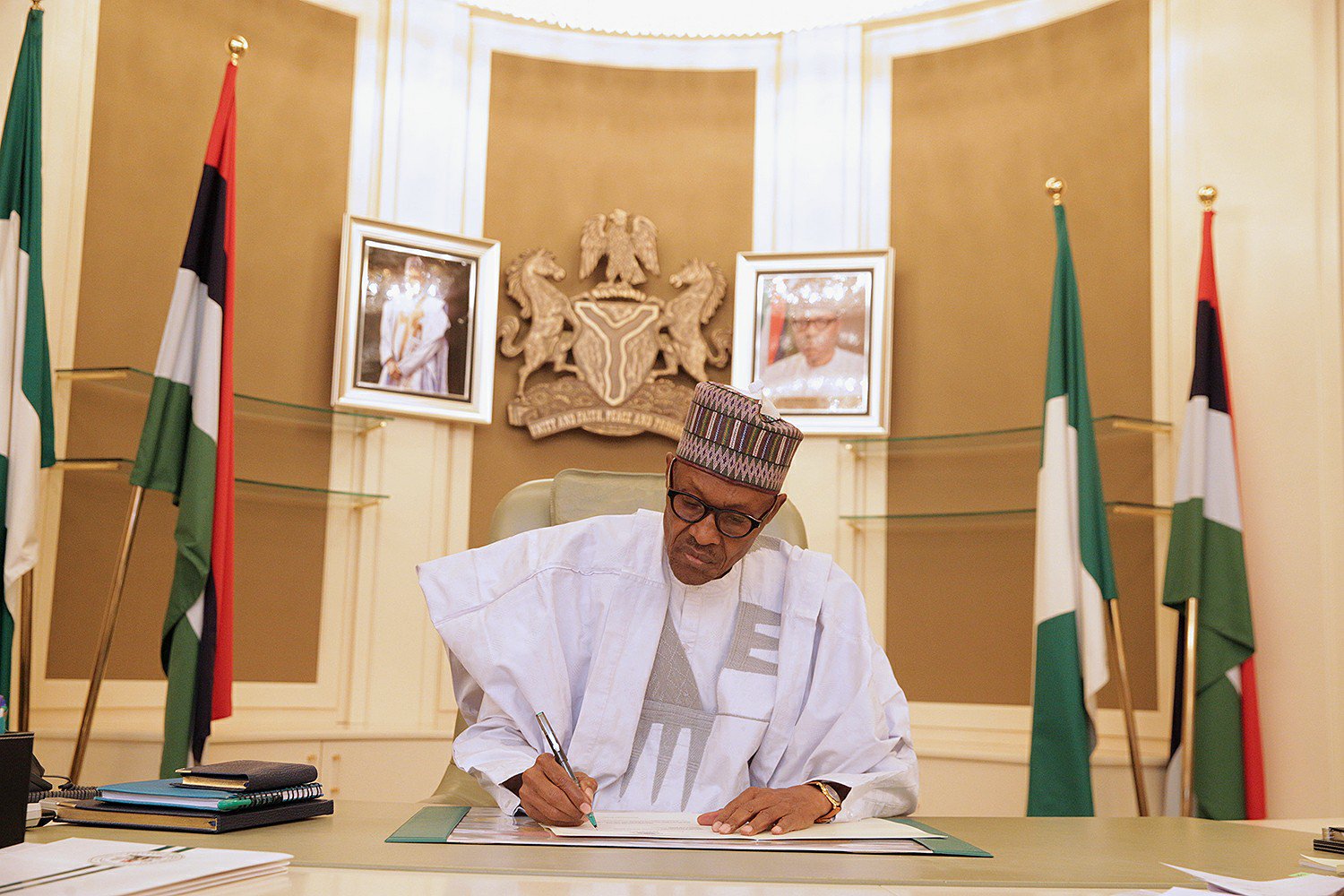 A presidential aide, Ita Enang, said on Monday that President Muhammadu Buhari has the power to spend $496 million for the purchase of aircraft without the approval of the National Assembly.

Mr Enang made this statement on Monday while discussing ‘the implications of bypassing the National Assembly’ in an interview on AIT.

The Chairman Senate Committee on Public Accounts, Matthew Uroghide, last week, asked his colleagues to invoke the impeachment clause on Mr Buhari over the withdrawal of the $496 million from the Excess Crude Account (ECA) without the lawmakers’ consent.

His call came after the Senate President, Bukola Saraki, read out the president’s letter which explained that he (Mr Buhari) gave an anticipatory approval to purchase of the aircraft from the U.S. government because of time constraint and with the hope that the lawmakers will raise no objection.

Mr Urhoghide had stood to condemn the act of the president on Wednesday but was asked to present his grouse as a substantive motion on another legislative day.

Coming under Order 15, 42 and 52 on Thursday, Mr Urhoghide said the approval without National Assembly’s input was a violation of the constitution and should be punished with impeachment, adding that the objective of the expenditure is ”very well established but the procedure of approval was wrong.”

He further asked the Senate to invoke Section 143 to start the impeachment process of the president.

His motion was also seconded by Chukwuka Utazi (PDP, Enugu North), who described the president’s act as “an impeachable offence.”

Mr Enang, the Senior Special Assistant to the President on National Assembly Matters (Senate), explained that what is pending before the legislature is a request to include the sum in the 2018 budget. He said the National Executive Council (NEC) had approved the expenditure in December.

He further argued that it is legal to spend money from a budget that is yet to be passed, anticipating approval.

“The law and the constitution recognizes contingencies. And when we finish collating what is needed for the balance of the $1 billion, after $496 million, we will bring a supplementary budget before the legislature,” he said.

He argued that there is precedence of spending from the Excess Crude Account without the permission of the legislature from past administrations.

“It is following due process. It is what I will call Internal Standard Proprietary Procedure in procurement in terms of security. The money has not even been appropriated.

“This government has come to clear and clean every misconduct and in the course of it, every questions will arise as to every action and we are ready to justify them,” he said.

“The executive, the judiciary and the legislature have what is called inherent powers, powers that inheres in your office especially in cases of emergencies.

“The executive acted upon its inherent powers and this was a case of emergency.”

The former senator, however, failed to answer whether or not the executive didn’t have enough time (not even a day) to communicate with the legislature before the approval.