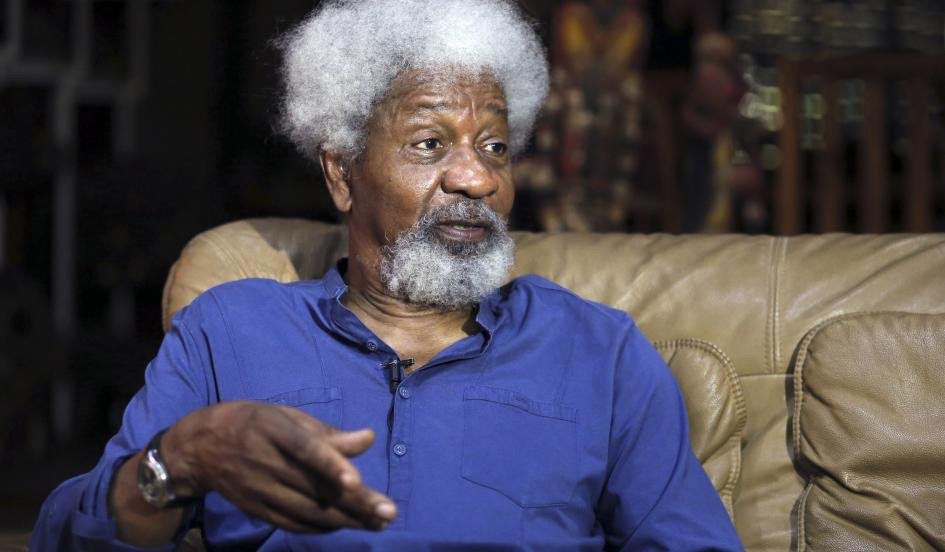 Soyinka, while speaking at the Ripples Nigeria Dialogue in Lagos, on Thursday, charged the president to declare herdsmen terrorists.

“We expect the president to have the courage to declare such monsters as terrorists and enemies of humanity with the same dispatch in which he declared the far less violent, albeit, disruptive IPOB terrorists. We expect a culture of even-handedness”, he said.

“I have always refrained from labelling the herdsmen as Fulani but since they have publicly come out to admit they are responsible for the killings, we can say they are Fulani herdsmen.

“An organisation has been rampaging the nation armed to the teeth and descending on innocent people. Their spokesman appeared on TV, unrepentant, distorting history, calling on a state government to rescind their laws and proceeding to defy such laws.

“They went ahead and threatened continuation of the same acts of degradation. The nation has been placed on the defensive simply because of the failing of governance.

“Have you ever encountered a more cynical rendition of the sequence of events when spokesmen of this same organisation came out to say the killings were taking place because of the laws which was made to stop the killings in the first place?

“I have not heard that the leaders of that group have been summoned the way those who do far less things would have been summoned. Nigeria is not the first country to experience natural disasters but this is not an excuse to take guns to destabilise other peace-loving people in their communities.

“While addressing the victims of the rampage of Fulani herdsmen, the minister of defence asked the victims what they wanted the herdsmen to do when the grazing routes for their cattle were being blocked and that minister is still in Buhari’s cabinet.

“I get impatient when I hear people say that Buhari failed to sympathise with victims in Benue and Taraba. Who needs presidential sympathy? Is it sympathy that will re-order their broken lives? We are talking about security of lives and property and bringing perpetrators to book.

“We expect the government to respond with massive punitive action when the fundamental security of a people is violated. We expect the president to immediately show up at the scene of these disasters and order his troops into action against these arrogant and blood thirsty people.

“When stung by the criticism that the president rather chose to attend a wedding in Kano instead of being present in Dapchi, presidential apologists said the wedding was a needed therapy for the trauma caused by the abduction of the schoolgirls in Dapchi. That statement is blasphemous.

“There were so many formula that would have been adopted to ensure that the couple had their wedding without the accompanying exhibition of lavishness so soon after a national tragedy. The nation was in mourning and Buhari would have told the couple that he was not obliged to be there,” Soyinka said

Soyinka reveals what Jonathan told him about Chibok girls