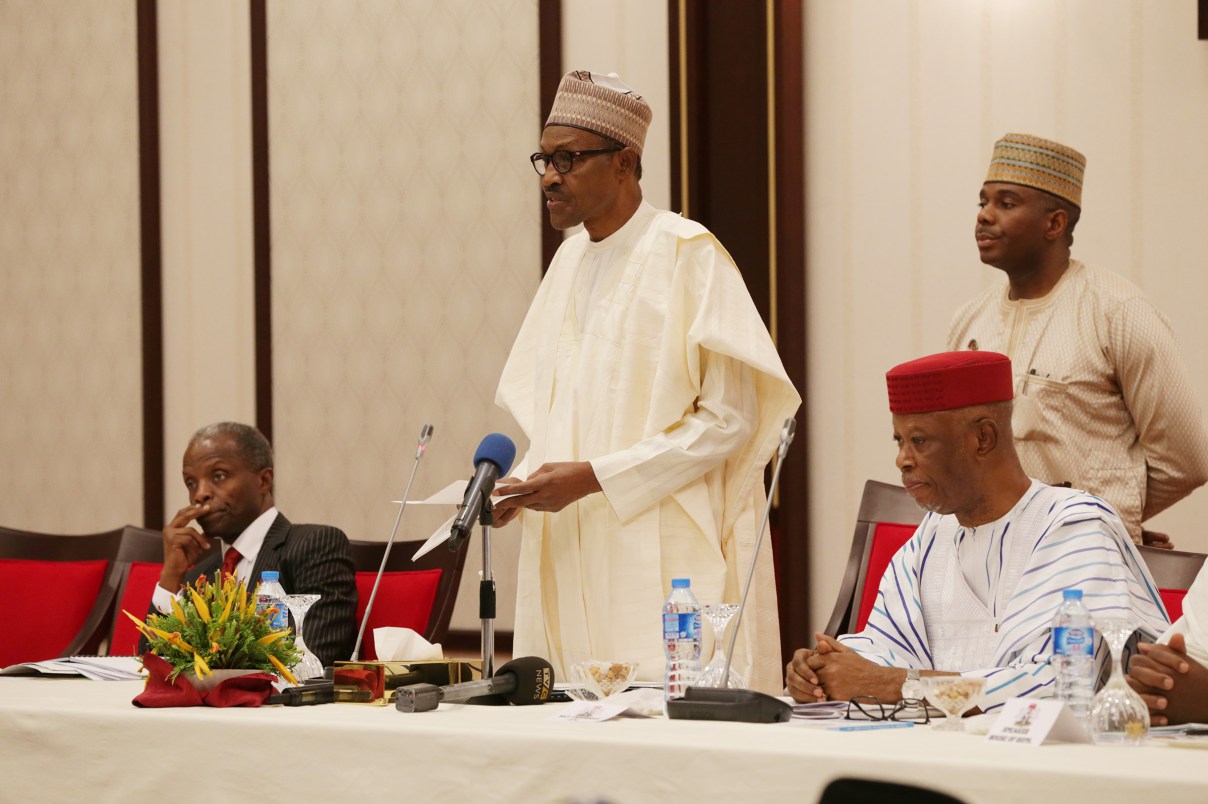 President Muhammad Buhari says houses, companies and other property seized from “corrupt” politicians would be sold and the money kept in the treasury.

The president said this in Kaduna during the All Progressives Congress (APC) presidential campaign rally on Friday.

He said fighting corruption in a democracy is not easy.

He recalled that upon becoming a military of head in 1984, he arrested all corrupt politicians and detained them and after investigations, their property stolen were seized.

He however regretted that the seized property were returned to them after he was overthrown.

Buhari who spoke in Hausa language said: “Fighting corruption in a democracy is difficult, you know what I did before (as a military head of state). I arrested the big men and detained them and I ordered for investigation,” he said.

“Those who were found to have stolen, we seized their stolen things from them. Only two people were not not corrupt, the two of them have died – Bilyaminu Usman, education minister and Mallam Adamu Ciroma, former Central Bank (CBN) governor and minister. They were not found guilty.

“As God we have it, I am back again. This has strengthened my faith and by the grace of God, all those who looted this country, we will follow them one by one and arrest them.

“All the property that have been seized from them; houses and companies would be sold and the money will be ploughed back into the treasury. When I was arrested, they returned the property to them, this time around we will sell the stolen property.”

Another Gang Rape In Lagos

I spent all the money I had to make Amosun governor, says Osoba