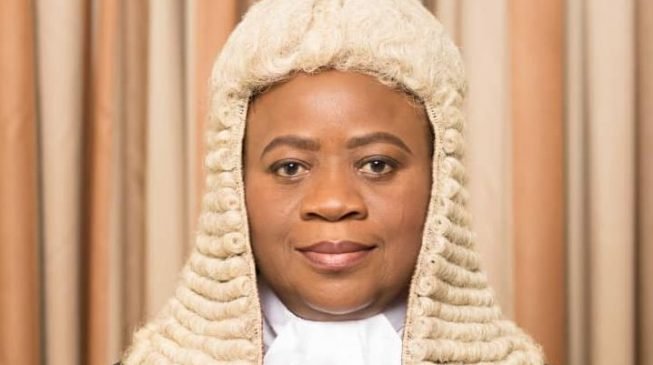 President Muhammadu Buhari has approved the appointment of Monica Dongban-Mensem, a judge, as the acting president of the court of appeal for a period of three months.

Garba Shehu, the senior special assistant on media and publicity to the president, announced the appointment in a statement on Thursday.

According to the statement, Dongban-Mensem’s appointment followed the recommendation of Ibrahim Muhammad, the chief justice of Nigeria, in line with the provisions of the constitution.

The appointment is expected to take effect from March 6 when Zainab Bulkachuwa, the incumbent president of the appellate court, would statutorily retire from service.

“The president’s approval of the appointment of Justice Dongban-Mensem followed the recommendation of the Chief Justice of Nigeria in line with the provisions of Section 238(4) & (5) of the 1999 constitution as amended.”

Dongban-Mensem is currently the presiding justice of the court of appeal, Enugu division.

Zainab Ahmed: We may review 2020 budget over coronavirus

Army: We killed 19 insurgents in Borno but lost three soldiers