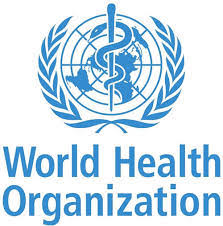 The World Health Organisation (WHO) on Monday, says it will spend $178 million from 2018 to 2019 on health related issues in Nigeria.

The WHO Country Representative, Wondimagegnehu Alemu, said this at a joint approval of the biennium WHO programme Budget of 2018 to 2019 with the Minister of Health, Isaac Adewole, in Abuja.

Mr. Alemu said $127 million, representing 66 per cent of the budget, would be spent on polio eradication programmes.

He said that $30 million would be expended on communicable disease projects such as malaria, tuberculosis, HIV/AIDS within the period under review.

According to him, $8.1 million is earmarked for promotion of health care through reduction of maternal and child mortality as well as family planning.

Mr. Alemu also said the remaining funds would be used for emergencies arising from of outbreak of diseases.

The Country Representative, who stated that he signed the budget on behalf of his regional Director, disclosed that it had been approved by the regional office.

He said that there would be consultative meetings among partners and stakeholders to ensure effective implementation of the budget.

In his remarks, Mr. Adewole commended WHO for its efforts to boost health sector.

He said that Nigeria had received a lot of supports from the organisation, adding that the signing of the budget was an evident of continued support of WHO to Nigeria.

The minister also commended WHO for the assistance to the country, especially in terms of polio eradication.

He noted that the budgeted for the eradication of polio virus was quite significant, adding that it would help to maintain surveillance on the disease.

“I am also happy on what is earmarked for communicable and tropical diseases; a chunk will go into that area.

“On behalf of the people and the government of Nigeria, I wish to express appreciation for the support we have been receiving from WHO, we are indeed grateful” he said.

President Buhari Awards Scholarship To Three Students Up To PhD