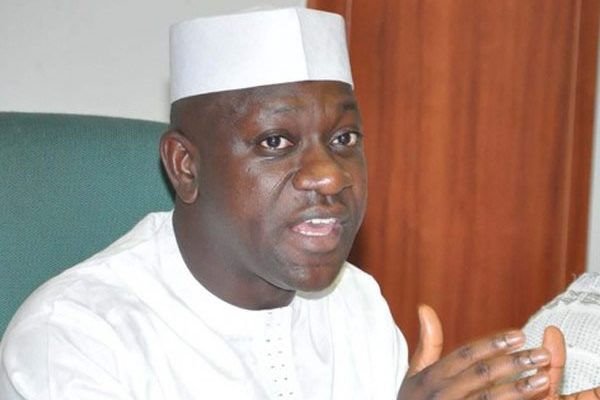 The Kano lawmaker who recently accused the Speaker of the House, Yakubu Dogara and other of padding the 2016 budget. Jibrin made the claim on Saturday while addressing reporters in Abuja.

Jibrin vowed to ensure that Dogara and other principal members of the lower chamber involved in the alleged padding are jailed.

He said until the right thing was done to address the problem of corruption in the House, he will keep talking.

Jibrin noted that if the alleged corruption in the lower legislative chambers was addressed, ninety percent of Nigeria’ s problems would have been solved because the lawmaker’s oversight functions cut across all sectors of the country.

He said, “Members collect about N10 million every month. In the past from when I came into the National Assembly till date, there has been a situation where N10 million has been collected, sometimes between N10 to about N20 million monthly.

“There is this joke that everybody knows me with it in the National Assembly that I used to tell them in the house that only footballers and basket ballers are known to collect such allowances. “Then to make matters worse, there is a kind of an arrangement, that ensures that the cumulative of that amount is paid to you upfront. That is why you see someone comes into the National Assembly with nothing, after swearing in, he is already buying a car of N20 million.

“There is a fraudulent arrangement. For instance, if what you take is from N20 million per month that brings it to about N900 billion for four years.

“There is a fraudulent arrangement that ensures you could get even up to half of that money instantly. It is such a mess.

“I will continue with this matter. I have said it repeatedly that I will never apologize. Rapprochement have been made to say whatever you have …… and I said look, it doesn’t make sense to me to apologize when I know that the People I am faced with are corrupt. Why should I apologize. Maybe, they feel that the three years that is left for us is like fifty years.

“But because I have been in the system over and over again, I know that it is just like today and tomorrow. Even if they will succeed in ensuring that I remain suspended, the maximum that they can go is three years.”

Why Buhari has not arrested Jonathan for corruption yet — Osinbajo