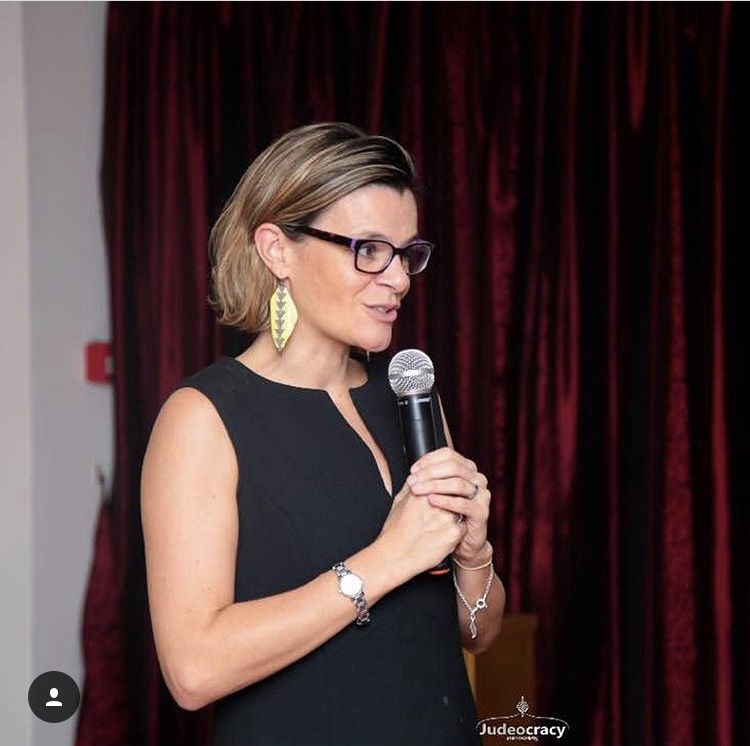 As the first of a two-week span of activities to mark International Women’s Day, the British Deputy High Commission hosted WARIF and a diverse selection of stakeholders from government, the entertainment industry, and civil society to a reception on Sexual and Gender Based Violence against Women and Girls, on Tuesday evening.

The event, organized in collaboration with the Women at Risk Foundation WARIF; held at the British residence served as a platform for stimulating conversation from various perspectives on the topic of violence against women, but also how individuals and corporate bodies could play their part in its prevention and eradication.

It started with the screening of a theatre performance, a medium found by the WARIF centre to be an effective way of communicating to youth about the problem. This was followed by a sobering video testimonial of Brenda Uphopho, a rape survivor who after multiple incidents of sexual assault, was speaking for the first time about the experience on camera.

In her video, she stresses the importance of the medical, legal and psychosocial support provided by centres like WARIF in helping survivors heal after such incidents. Another emotional moment was the address given by Kikelomo Woleosho, a young sexual assault survivor who overcame the negative history to write a book; ‘ Kikelomo ;The Memoir of an Abused Girl’, and uses her experience to educate people who work with youth, on spotting the telltale signs of abuse.

In her address, the Deputy High Commissioner Laure Beaufils, acknowledged that it was often a difficult subject to talk about, but stressed the importance of breaking the silence around the topic, so that more dialogue and progress could be made. ‘I want to thank guests for coming as it is an issue that is a priority not just for the UK Government, but for me personally; especially the men present today. It is vital that we have male allies to amplify the voices of the inspiring people who are working in this regard, so we can record greater impact.’

Other emerging themes from the reception included the fact that it was a problem faced not only by the poor but wealthy members of society, as highlighted by an instance given by Mrs Toyin Saraki, the wife of the Senate President.

Dr. Joe Odumakin reflecting on her experience of dealing with over 1,000 rape cases said that despite the stigma and awkward around the topic, survivors who managed to speak up always found it incredibly cathartic, which had the ripple effect of encouraging more people to do the same.

Uzoma Dozie, the MD of Diamond Bank and a supporter of WARIF, spoke about the importance of including and communicating zero tolerance for sexual assault into corporate policy, adding that the only way to be sure of the future was to invent it. Dr Kemi DaSilva Ibru also revealed that although disproportionately affecting girls, statistics show that it was is an issue that affects boys as well. According to these figures, while one in every 4 girls where affected, one in every ten boys were victims as well.

Dr. Ibru, Founder, WARIF said ‘The WARIF organisation has observed the great empathy and commitment for social change shown by the British High Commission; specifically Ms. Laure Beaufils and her team to the plight endured by the disenfranchised group of women and children subjected to acts of gender based violence and sexual abuse across communities in the country every day. We hope this event will galvanise those present and beyond to our call to action which is the theme of this year’s International Women’s Day – to ‘Press for Progress’ in decreasing the prevalence and preventing these issues; thereby changing the lives of the may affected young girls and women across Nigeria.”

It was an evening of frank, action provoking dialogue, and harnessing that momentum, the Deputy High Commissioner asked guests to write down on commitments cards, what they would do henceforth to help eradicate sexual violence.

International Women’s Day, which has as its theme this year ‘Press For Progress’ is an opportunity for the UK Government to promote gender parity in different spheres of life. This year, the British Deputy High Commission, Lagos has planned a series of activities dedicated to the International Women’s day which will cover a range of topics from sexual violence, to women participation in politics, quality education for women, women in business and domestic violence.

On the 12th of March, the BDHC’s Deputy Head of Mission, Andrew Davidson, Political adviser in Lagos, Adewale Adebajo alongside with Prof Pat Utomi, and Toyosi Ogunsiji, will be speaking on radio about the importance of the participation of women in Nigerian politics.

On the 13th of March, the Deputy High Commissioner will be launching ENGINE II, Educating Nigerian Girls in New Enterprises programme. This is a 3 year) Adolescent Girls’ Education Programme funded by the UK Department for International Development (DFID) through its Girls’ Education Challenge (GEC) Fund. And to wrap up the on 21st of March, an event on Modern Slavery will be held at the Residence with the launch of a book called: Bilateral Cooperation and Human Trafficking written by Dr. May Ikeora.

Women at Risk International Foundation (WARIF), a non-profit organization that was incorporated in December 2016 in response to the high incidence of sexual violence, rape and human trafficking occurring amongst young girls and women across Nigeria.

WARIF was founded by Dr. Kemi Dasilva Ibru, who is an obstetrician and Gynaecologist and has worked in Lagos State in this space for over 10 years. The Foundation was established to raise awareness and address the prevalence of rape and sexual assault, through the development and implementation of a series of initiatives, targeting both the intervention/treatment of these affected women, as well as providing preventive measures to reduce the prevalence of this problem. The hallmark of all our initiatives are “Impactful”, “Measurable” and “Sustainability” even after we leave the communities we serve.