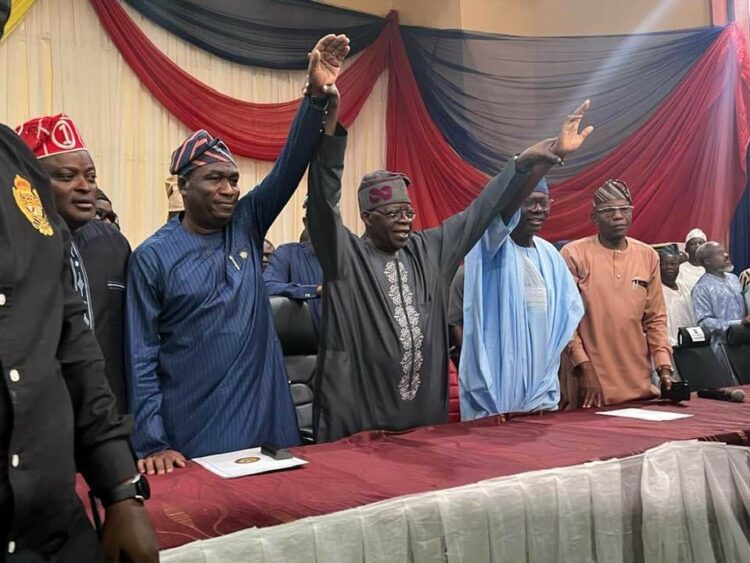 The National Leader of All Progressives Congress (APC), Bola Tinubu, and other stakeholders of the state chapter of the party have officially endorsed Sanwo-Olu and his Deputy, Obafemi Hamzat, for another term in office.

This is coming against the speculations flying around that Sanwo-Olu may be denied his second term in office and that a Muslim candidate is being groomed to get the ticket.