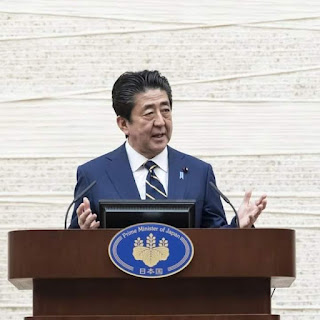 Former Japanese PM Shinzo Abe, 67, has been assassinated while giving a campaign speech in southern Japan.

Abe, 67, immediately collapsed and was seen bleeding before he was taken to hospital.

The suspected attacker — reported to be a male in his 40s — was tackled at the scene and arrested.

Global leaders are reacting with shock; outgoing UK PM Boris Johnson says he is “utterly appalled and saddened” by the attack.