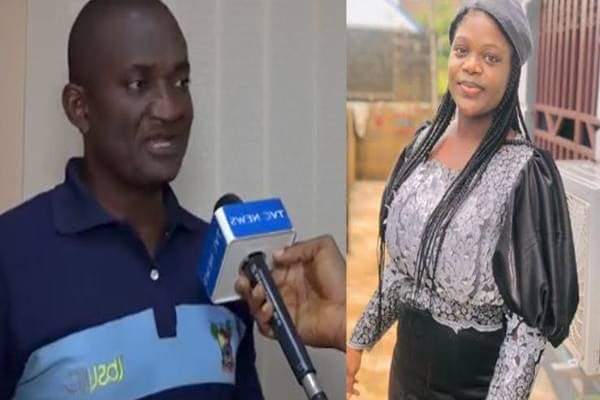 Ominnikoron is facing a four-count charge bordering on rape, conspiracy and murder preferred against him by the Lagos state government for the alleged rape and murder of his passenger, Bamise Ayanwole.

When the matter came up before Justice Sherifat Sonaike, the Director of Public Prosecution (DPP), Dr Jide Martins, informed the court that the matter was for the arraignment of the defendant.

The defendant’s counsel Mr Isaac Ezeawem did not object to the arraignment of Ominnikoron.
Martins told the court that the defendant on November 25, 2021, allegedly raped a 29 year -old lady Nneka Maryjane Ozezulu, without her consent.

He said that the incident took place at about 7 pm, at Lekki- Ajah Conservation centre Lekki Ajah expressway Lagos.

The Prosecutor also told the court that Ominnikoron conspired with others now at large and forcefully had sexual intercourse with his 22-year-old passenger, Oluwabamise Ayanwole, a fashion designer without her consent and murdered her.

According to the prosecutor, the offences committed is contrary to and punishable under Sections 411,223,260 and 165 of the criminal law of Lagos State 2015.

However, the 47-year-old defendant pleaded not guilty to the charge against him.
Given the defendant’s plea, the DPP urged the court to further remand him at the Ikoyi prison and asked for a trial date.

Consequently, Justice Sonaike ordered that Ominnikoron should be further remanded at the Ikoyi prison and adjourned the case to May 9, 10 and 11, 2022 for commencement of trial.
Our correspondent reports that on March 11, a Yaba Chief Magistrates’ Court had remanded the defendant pending DPP’s legal advice.

The magistrate had remanded him after an application for his remand was brought before the court.

Man To Die By Hanging For Raping, Killing His Landlady