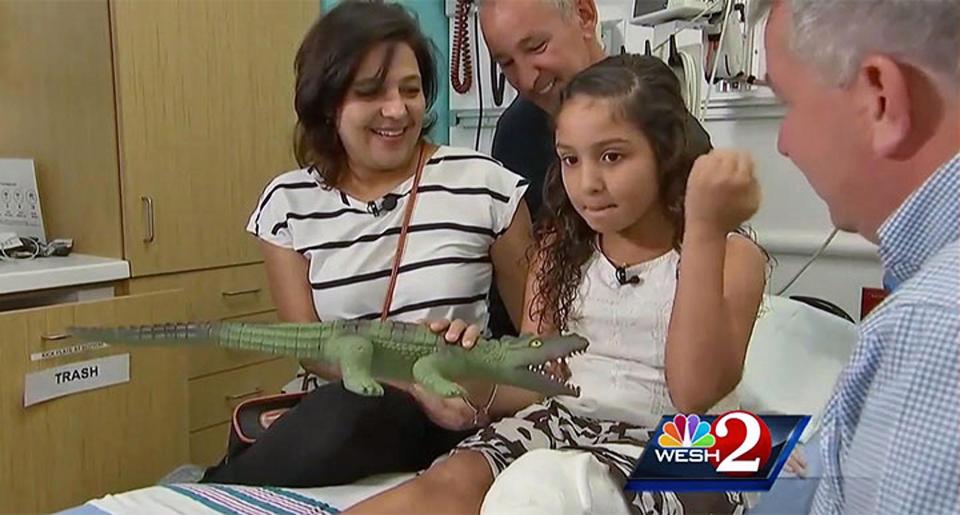 A QUICK-THINKING 10-year-old trapped in the powerful jaws of a vicious nine foot alligator escaped certain death by jamming her fingers up its NOSE.

Little Juliana Ossa was left with ten stitches after the shock attack in Moss Park in Orange County, Florida.

The schoolgirl was sitting in shallow water when the violent ‘gator sank its flesh-ripping teeth into her knee and calf, reports The Orlando Sentinel.

But instead of panicking, the gutsy youngster started hitting the powerful predator.

When that didn’t work, she remembered a technique she had learned about during a trip to the Gatorland theme park and wildlife preserve in Florida – and forced her fingers up its nose. 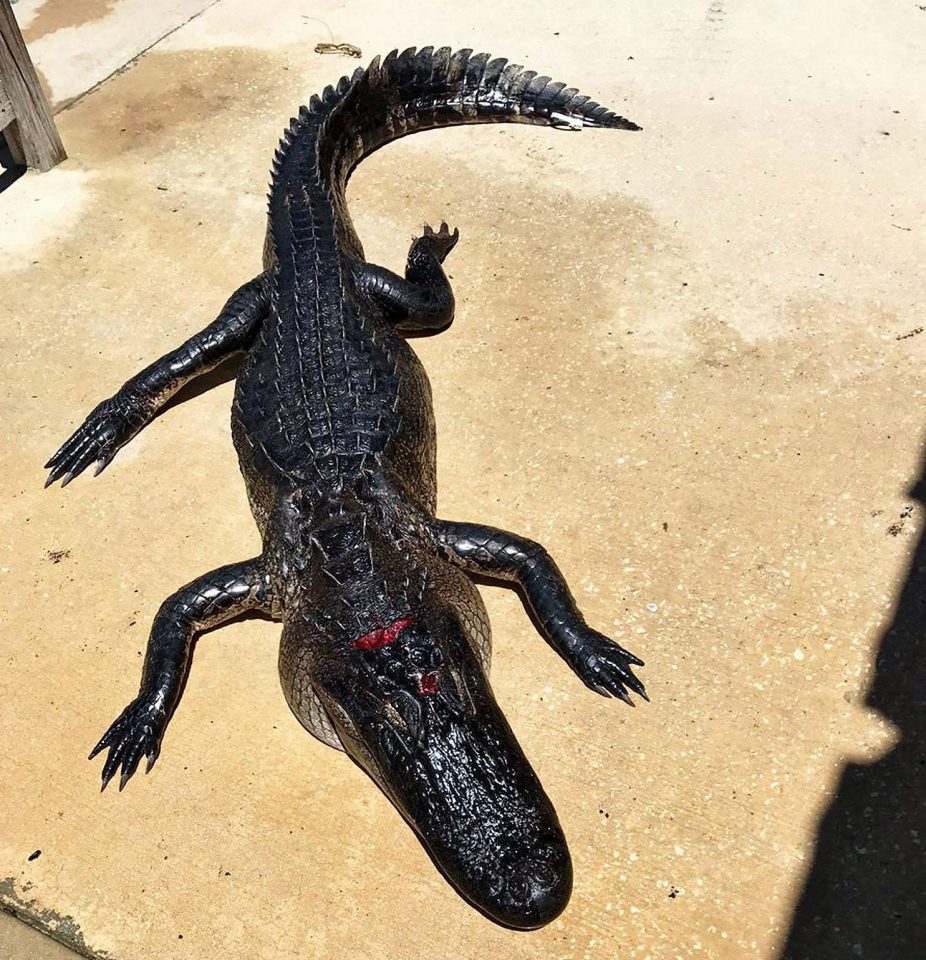 The alligator was later hunted down and killed by the authorities

The alligator released her because it couldn’t breathe and she was pulled to safety by heroic strangers and rushed to hospital.

She told Inside Edition: “I looked in the water and there was this mean, nine-foot gator in the water biting my leg.

“I thought of what they taught me at Gatorland so I put my two fingers up its nostril.

“It couldn’t breathe through its mouth, so had to open [it] and let my leg out.”

The dangerous beast was later hunted down and killed by authorities.

Juliana, who was visiting the park with her family, was sitting in two feet of water when the alligator grabbed her left leg.