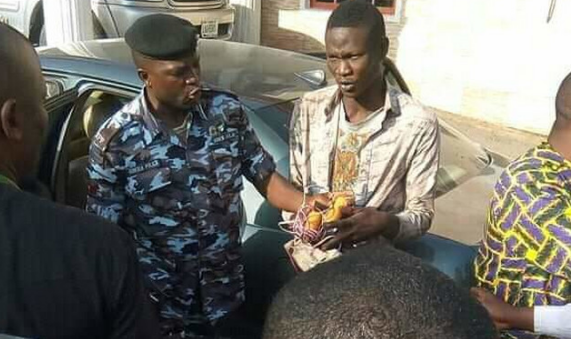 The suspect, who was  having a device suspected to be improvised explosive device(IED) in his bag was monitored on close circuit television (CCTV) and subsequently ransacked.

But, the Chief Security of the Church, Ekpenyong Edet, said, the suspect was monitored on a CCTV Camera, carrying the bag into the church auditorium after beating security check at the entrance.

“He successfully gained access and was seated before he was suspected and the bag searched, only to find the explosive device”, he said.

Edet ,however, said, the suspect had been handed over to the police and moved to the Sabon Tasha Division of the Nigeria Police Force.

As at the time of filing this report, the  police were yet to make any official statement on the development as the Spokesman for the Command, Yakubu Sabo ,was not picking up his calls.

Arrest of christian bomber, mockery of CAN rally – MURIC