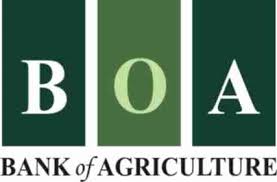 Bank of Agriculture (BOA) and SunTrust Bank have sealed an e-banking agreement described by the Minister of Agriculture Audu Ogbe as ‘landmark’ and instrumental to the development of agricultural sector in Nigeria.

The agreement was signed yesterday at the Federal Ministry of Agriculture in Abuja.

The agreement, will among other things, allows the SunTrust Bank to deploy its innovative banking services and other complimentary e-banking services to enable BOA serve its customers across its 140 branches in Nigeria.

The MD of SunTrust Bank said the deal will also allow it to deploy its banking platforms, technology like ATM and infrastructure for the over one million farmers in the kitty of BOA.

Mr. Jibrin said: “We will also provide training support to the BOA staff.”

In his remark, the MD/Chief Executive Officer of the BOA expressed optimism that the MoU will revolutionize agriculture in the country.

According to Mr. Adamu, both banks have agreed to bring together their mutually unique capabilities and experiences to enable BOA serve its customers to facilitate quicker penetration of the unbanked farmers.

Speaking, Minister of Agriculture Audu Ogbe said he was elated by the MoU, adding that the “landmark deal will change the face of farming in the country”.

Mr. Ogbe who regretted that the BOA has been in difficulty of the years, said he expects that the new agreement and partnership with SunTrust Bank will get it out of the woods.

“We have been trying to set up IT services at the BOA but it has been difficult. We hope that with your backing, the services will eventually come to fruition,” the Minister said.

He said plans are afoot for farmers to own 30 percent shares of the Bank of Agriculture.

“Thirty percent of BOA will be owned by farmers which will eventually makes it to be referred to as Farmers Bank like the one in China,” Mr. Ogbe said.

‘I think both of you(BOA and SunTrust Bank) will enjoy this relationship,” he added.

It would be recalled that the SunTrust Bank commenced operation on Monday August 15, 2016.

It is an innovative, IT savvy and financial technology based bank in Nigeria. It banking services also cover various mobile and Internet banking platforms enshrined with traditional banking values.

Only recently the SunTrust Bank and Federal Government through Ministry of Finance signed an agreement for the provision of   5, 635 housing units for civil servants across the federation.

Oyegun, others not eligible to run for APC leadership positions – Buhari