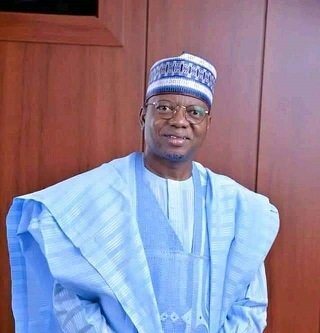 A Bill that seeks to grant more powers to the Attorney General of the Federation and Minister Justice to control the Economic and Financial Crimes Commission (EFCC), scaled first reading in the Senate on Wednesday, July 15, 2020, The Nation learnt Saturday.

Senator Musa is also the sponsor of the controversial “Protection from Internet Falsehood and Manipulations Bill 2019” popularly known as Anti-Social Media Bill.

A section of the new Bill empowers the Attorney General of the Federation and Minister of Justice to “intervene in the proceedings” of the EFCC after due notification.

It also provides that the EFCC shall handover to the AGF the “prosecution file” and all relevant “documents relating to any matter” on demand.

A section of the Bill reads in part: “The Attorney-General may after notifying the agency, intervene in the proceedings, at first instance or on appeal, wherein the opinion of the Attorney-General, public interest, the interest of justice and the need to prevent abuse of legal process so demand.

“On receipt of the notice under subsection (2) of the section, the agency shall handover to the Attorney-General the prosecution file and all documents relating to the prosecution and provide him with such other information as he may require on the matter within the time specified by him.

“The staff of the Prosecution Department of the agency shall be seconded or transferred from the Federal Ministry of Justice or from such other agencies or private institutions as may be approved by the Attorney-General.”

Some of the principal objectives of the Act are to: “Combat economic and financial crimes throughout Nigeria and provide for an effective punitive system.

“Providing comprehensive and accurate information about nature, the extent of financial and economic crimes.”

Baba Ijebu, Buruji Kashamu and the Rest of Us