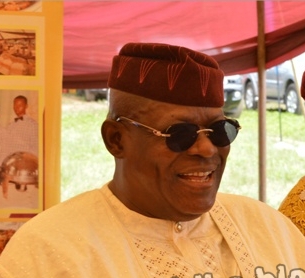 Sometimes in 2003, a lady was arrested by EFCC under Nuhu Ribadu over allegations of fraud in her place of work. The petitioners alleged top scale fraud over contracts in FCT High Court where she worked as Chief Registrar. Houses which were acquired ten years before she became Chief Registrar, cars, filling station were all impounded.

At the end of the case, EFCC was lambasted for not investigating the case before charging it to court. The judge said they embarked on a wild goose chase, based on a frivolous petition.

Today, the lady so maligned is a Minister.

The story seems to be repeating itself in this case involving EFCC and Prof. Adelekan, the Managing Director of Macmillan Publishers who was arrested over 20billion Naira contract fraud.

Adelekan was picked in January. He was kept in custody for seven days. And within the seven days, he was only quizzed for two hours all through his days with EFCC. He was subsequently released to go and bring evidence that the contracts being investigated were executed.

While still with EFCC, Adelekan had allegedly briefed his lawyers, Olujimi and Sam OlogunOrisa who are both SANs and they are waiting for EFCC to take the case to the court only for them to be jolted by a series publications depicting media trial of their client.

EFCC allegedly organised a media briefing where school principals who only assumed office in 2017 were invited by the Commission with the school heads claiming that the projects implemented earlier were never implemented. Rather than ask Adelekan to come around and confront the principals, or call Adelekan to confront him with fresh evidence, the Commission went ahead to air their claims.

They didn’t stop there. Houses that were built between fifteen and twenty three years ago were marked with EFCC stickers indicating that they are under investigation for fraud committed in 2016. Another house that was built in 2006, where the family lives was also marked as proceeds of 2016 fraud. They didn’t stop there. Our source also confirmed that accounts run by Adelekan including company accounts were are frozen without court order.
This has put in jeopardy the jobs of over 500 staff who are employed in the companies and whom presently do not know what fate would befall them

Many of his staff see these as trying times for their boss who is believed to be diligent and have a knack for probity.
According to sources in Macmillan, the events that led to the developing story started years back when Macmillan management decided to sack one of its staff who was found culpable of fraud valued at about 100mil.

In another curious twist, when he was summoned to EFCC, the same ex-staff who is being investigated for fraud was at the EFCC waiting. It was obvious that he had a hand in the EFCC case.

What many people are wondering is why EFCC would not allow a businessman who has been in business for over 35 years prove his innocence before going to the media to malign him. Observers are also wondering what EFCC has to gain by tarnishing the reputation of a contractor who duly bid for jobs, which were duly awarded after he bid for them and they were also executed according to specification.

The impression being created is that the EFCC is bent on trying him in the media by not inviting him to show the documents and proof of execution. Already, his lawyers are said to have taken steps to institute an action against a national daily which has been at the vanguard of dishing out EFCC findings without verifying the true facts of the story.